January 22, 2019  by Martin Meissner And Frank Jordans, The Associated Press 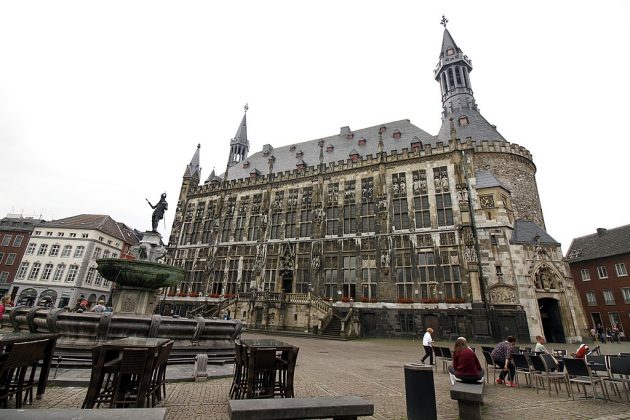 AACHEN, Germany – German Chancellor Angela Merkel warned Tuesday against rising nationalism in Europe and called for a revival of cross-border co-operation as she and her French counterpart signed a pact renewing their countries’ decades-long friendship.

The new accord was inked in the ancient western German city of Aachen exactly 56 years after the 1963 Elysee Treaty, which set the tone for the two countries’ close relationship following centuries of conflict that ended with World War II.

“Populism and nationalism are strengthening in all of our countries,” Merkel told French, German and European officials gathered in Aachen’s town hall.

Citing Britain’s departure from the European Union and the growing protectionist tendencies around the world, Merkel noted that international co-operation is going through a rocky time.

“Seventy-four years, a single human lifetime after the end of World War II, what seems self-evident is being called into question again,” she said. “That’s why, first of all, there needs to be a new commitment toward our responsibility within the European Union, a responsibility held by Germany and France.”

Her words were echoed by French President Emmanuel Macron, who noted that France and Germany no longer pose a threat to each other.

“(The threat) comes from outside Europe and from within our societies if we are not able to respond to the growing anger,” he said.

Outside the Gothic town hall, protesters staged noisy rallies – some in support of the treaty, others against. Among those opposed were dozens of people wearing yellow safety vests, which have become the signature outfit of anti-government protesters in France.

The Treaty of Aachen aims to boost cross-border co-operation along the 450-kilometre (290-mile) Franco-German frontier, and also improve co-ordination between the two nations when it comes to tackling international problems such as climate change and terrorism.

One long-standing bone of contention has been the issue of military action outside Europe. Berlin’s traditional hesitancy to send troops abroad – rooted in Germany’s grim history of militarism – has softened somewhat in recent years.

Merkel said that with the new pact, the two countries pledge to develop “a joint military culture” that includes a Franco-German arms industry and a common stance on weapons exports.

“By doing so we want to contribute to the creation of a European army,” she said, noting that this would go hand-in-hand with greater foreign policy co-ordination in general.

Germany and France are often described as the engine of the European Union – to the occasional annoyance of other members, who feel sidelined by the cozy relationship between Paris and Berlin.

The point was made by EU Council President Donald Tusk, Poland’s former prime minister, who told Merkel and Macron bluntly that “Europe needs a clear signal from Paris and Berlin that enhanced co-operation in smaller formats is not an alternative to the co-operation of Europe as a whole. That it is full integration – and not instead of – integration of Europe.”

European Commission President Jean-Claude Juncker said some countries might feel the constant show of amity between France and Germany was “a bit much.”

“But it will be very painful as soon as Germany and France are not of one and the same opinion,” he said. “So you should stick to this policy because that means that we others can also forge a position together.”

Jordans reported from Berlin. Raf Casert in Brussels and Sylvie Corbet in Paris also contributed to this report.