The report makes twenty recommendations that must be implemented. 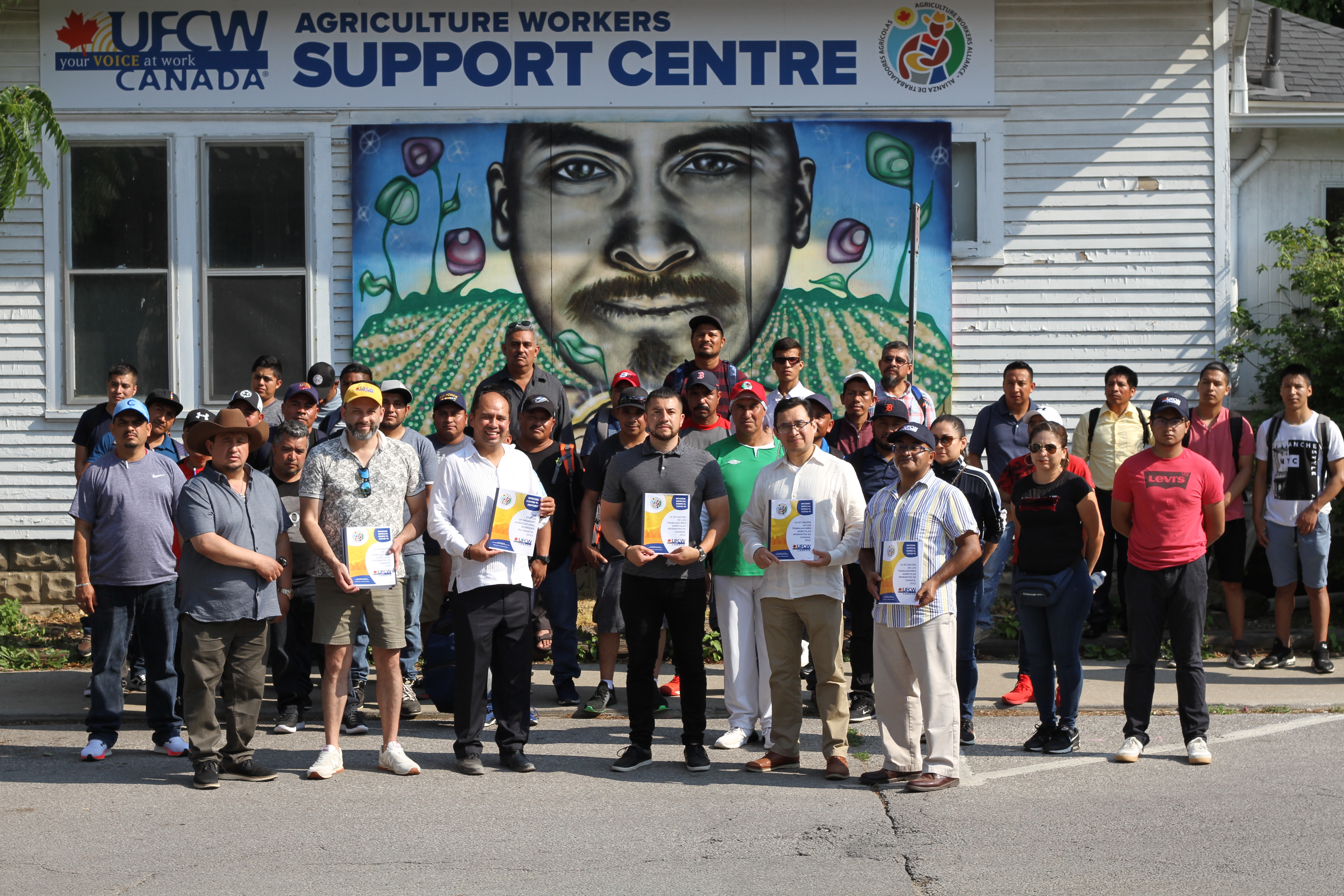 LEAMINGTON — Canada’s food workers’ union published its annual Status of Migrant Agricultural Workers Report at the UFCW Canada Agricultural Worker Support Centre in Leamington, Ontario, on Sunday, June 26. Leamington is the epicentre of factory greenhouse farming in Canada, which is a multi-billion-dollar business that uses tens of thousands of migrants from the Global South every year.

The special COVID-19 report highlights the increasing vulnerability experienced by migrant workers in the wake of a deadly pandemic which has already claimed the lives of nine workers. The report makes twenty recommendations that must be implemented as part of a desperately needed overhaul of the Temporary Foreign Workers Program (TFWP) to more adequately address the well-evidenced vulnerability that migrant workers experience, according to UFCW Canada.

“Much of the food we enjoy in Canada is the product of migrant labour, yet migrant workers continue to be mistreated by some irresponsible employers and a system that desperately lacks the necessary reforms to effectively tackle the abuse that migrants in Canada have long endured,” says UFCW Canada National President Paul Meinema. “The time is now for the federal government to work with UFCW to find solutions, and to reduce vulnerability and migrant exploitation,” adds Meinema – referring to the growing number of calls the union is receiving from migrants who end up being victims of human trafficking.

Migrant workers joined UFCW activists for the report launch, as did Mexican Congressman and Federal Deputy for Migration Alejandro Robles, who made the trip from Mexico to be part of the announcement and solidarity event hosted at the Leamington support centre.