Enbridge stated that this project will eliminate up to 117 tons of carbon dioxide emissions annually.

TORONTO — Enbridge Gas Inc. has announced that its hydrogen-blending project is now fully operational and serving the Markham community.

Enbridge stated that the project was established through the collaborative efforts of Cummins Inc., Sustainable Development Technology Canada, the Canadian Gas Association and NGIF Capital Corporation.

The company explained in a statement that Hydrogen blending refers to injecting clean hydrogen into the delivered natural gas to reduce its carbon footprint.

This $5.2 million pilot blending project involves enhancements to the existing Markham Power-to-Gas facility, which was built through an Enbridge-Cummins joint venture in 2018 to help balance Ontario’s electricity supply and demand by storing the province’s surplus electricity as pure hydrogen. 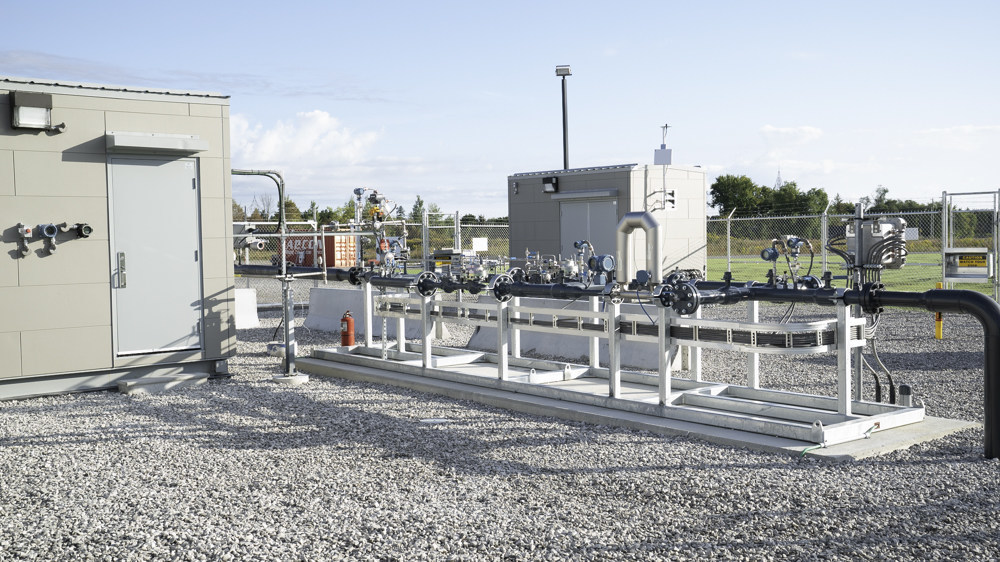 Through this project, clean hydrogen from the facility is injected into a portion of Enbridge Gas’ existing natural gas system serving about 3,600 customers in Markham, Ont.

The company also stated that this project will eliminate up to 117 tons of carbon dioxide emissions annually.

“Congratulations to Enbridge and the City of Markham for the successful launch of this pilot project. The effective utilization of hydrogen is a critical part of our government’s plan to lower emissions across Canada. This initiative highlights the significant opportunities associated with clean hydrogen as well as the innovative technologies being developed by companies operating in Canada’s energy sector. I look forward to seeing the deployment of similar and scaled initiatives going forward,” said Jonathan Wilkinson, Minister of Natural Resources, in a statement.