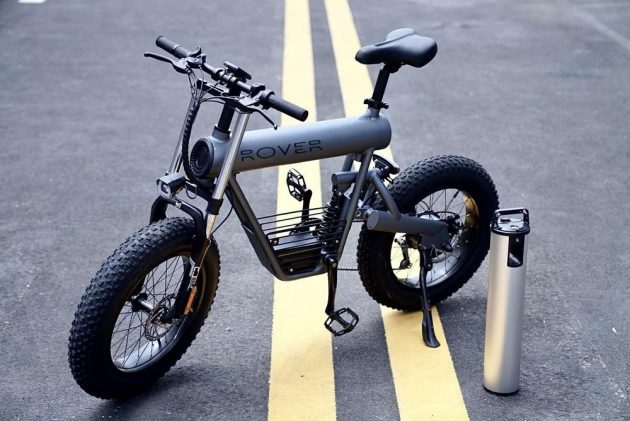 SURREY — DSG Global, Inc. announced on Feb. 9 that its subsidiary, Imperium Motor Corp., has signed a contract with Rumble Motors for the world rights to its Rover and Rumble Air e-bikes (electric bikes). Rumble Motors is a Swedish-American electric vehicle company that offers numerous models for sale.

The e-bikes are designed for urban commuting and recreational riding.

RJ Khademi, CEO of Rumble Motors, commented: “I am excited about this new partnership. DSG Global and Imperium Motors are the perfect partners for us, as they have deep experience in the electric vehicle (EV) space. We are in the early stages of a major roll-out of our e-bikes in North America. Our bikes have been praised by users from all over the world and, in fact, they are currently being featured on HBO’s hit show Westworld, which is a testimony to the quality of our e-bikes and their mass appeal.”

The global e-bike market size is estimated to grow to $70 billion by 2027 from its current size of $41.1 billion. An estimated 130 million e-bikes are expected to be sold over the next two years globally. The US imported approximately 600,000 e-bikes in 2020, according to the Light Electric Vehicle Association, and their analysts expect that number will grow substantially in 2021.

Rick Curtis, President of Imperium Motors, said, “Lithium-ion battery technology has led to exponential growth in the market for e-bikes, particularly in US cities where there is a major focus on reducing emissions and reducing traffic congestion. Rumble Motors’ sleek, futuristic design and unique features that meld the past with the future should drive strong demand. We are prepared to deploy the full weight of our resources to drive sales.”

Bob Silzer, CEO of DSG Global, commented, “With the fast-growing e-bike market in the US, we are well positioned to set up distribution and dealerships for the Rumble Motors product line. I am confident that we will begin to generate sales quickly as we ramp the roll out of their e-bikes.”