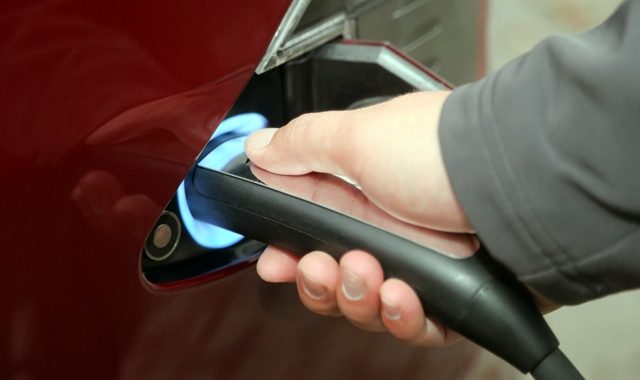 Catherine McKenna says more federal measures will be rolled out before Prime Minister Justin Trudeau sits down with the premiers in Ottawa on Dec. 8 to hammer out a full pan-Canadian climate blueprint.

“The intention is to put some of our plans out through the fall in the lead-up to the first ministers’ meeting,” McKenna said late this week following a speech to the Canadian Climate Forum conference.

“Whether it’s through creating incentives for Canadians to have more energy-efficient homes or on the electric vehicle side, I think there’s some real opportunities to not only tackle climate change but to grow our economy. So you have to stay tuned.”

Trudeau upset some provinces early this month when he announced in the House of Commons that, for provinces that haven’t already priced carbon, an escalating federal floor price would be imposed on emissions in 2018. The carbon tax will start at $10 per tonne and rise $10 annually to $50 per tonne in 2023.

Related: Carbon tax divides nation: Trudeau announcement sparks walkouts, ultimatumsThe provinces and territories have been negotiating climate measures with the federal government since last March, when they collectively agreed to work together to put the country on a path to meeting its 2030 international emissions targets.

Environment ministers from Nova Scotia, Saskatchewan and Newfoundland and Labrador walked out of a Montreal meeting with McKenna in protest following Trudeau’s carbon pricing announcement earlier this month, accusing Ottawa of bigfooting the talks.

McKenna told the climate forum the carbon “levy,” as she termed it, sends a strong and welcome signal of certainty to the markets.

And she telegraphed other policy measures that are in the wings.

“In Canada, we must accelerate the adoption of EVs (electric vehicles) in our cities by creating networks, charging stations and supporting new infrastructure,” she said.

Citizens also want more energy efficient buildings and homes, she added, citing both an update of the building code and renewed subsidies for retrofitting older buildings.

Part of her pitch: “In Canada, every dollar spent on energy efficiency programs generates between $4 and $8 of GDP.”

McKenna told the audience the country needs to grab a bigger share of the global clean technology market—teeing up an hour-long session on how government policy changes can clear the path for entrepreneurship and venture capital in Canada’s green tech sector that followed her speech.

Federal sources have told The Canadian Press that greening government operations, including procurement, is in the works, as are federal funds for mitigation measures to help communities adapt to a changing climate.

Infrastructure funding for public transit projects will also be rolled out this fall.

Finance Minister Bill Morneau announced Wednesday the government’s fall economic update is coming Nov. 1—and he confirmed the annual accounting update on the country’s finances will include new policy initiatives.

The Liberal policy signals came on the same day the privately funded Clean Energy Canada issued a report and public opinion survey promoting a series of climate policies, including 62 per cent survey support for establishing a minimum price on carbon.

The Vancouver-based think tank commissioned Nanos Research to survey Canadians on a suite of policy measures.

The telephone poll of 1,000 respondents Sept. 24-27 found that 73 per cent of respondents supported or somewhat supported stopping the burning of coal for electricity by 2030.

Four out of five respondents supported or somewhat supported the adoption of a national clean fuel standard for gasoline and diesel, and 82 per cent favoured federal spending on technology and infrastructure to enable the provinces to use more renewable electricity.