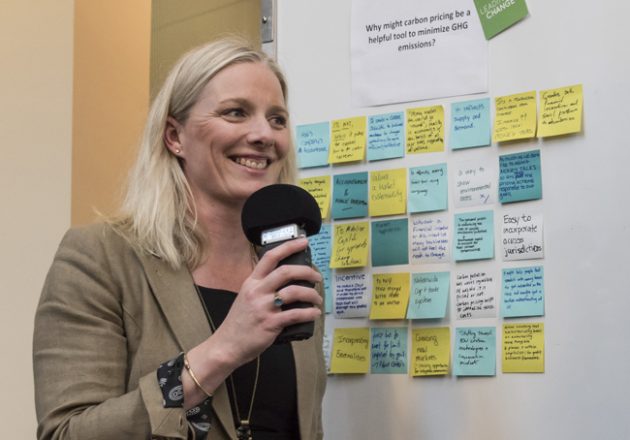 TORONTO – The federal environment minister met with her Ontario counterpart in Toronto on Thursday, where they discussed the province’s new plan to address climate change.

The Progressive Conservative government’s plan, unveiled last week, replaces the cap-and-trade system brought in by the previous Liberal regime and does not put a price on carbon.

The new plan will use taxpayer dollars to spur private investment in clean technologies and create performance standards for large emitters.

Federal Environment Minister Catherine McKenna has urged Ontario to enact a carbon pricing plan, a federal requirement that Premier Doug Ford has consistently pushed back on.

Ontario has launched a legal challenge of Ottawa’s plan to impose a carbon tax on provinces that don’t have their own carbon pricing systems.

In addition to meeting with provincial Environment Minister Rod Phillips on Thursday, McKenna also delivered a speech in the city.

“We need to work together,” McKenna said after the meeting. “I’m not looking for fights. I’m looking to take serious action as Ontarians expect.”

Their meeting came on the same day that Ford met with Prime Minister Justin Trudeau, where climate change and the carbon tax was also a talking point.