This funding will help Kardium increase manufacturing capacity at its Burnaby facility to support worldwide sales of its Globe system. 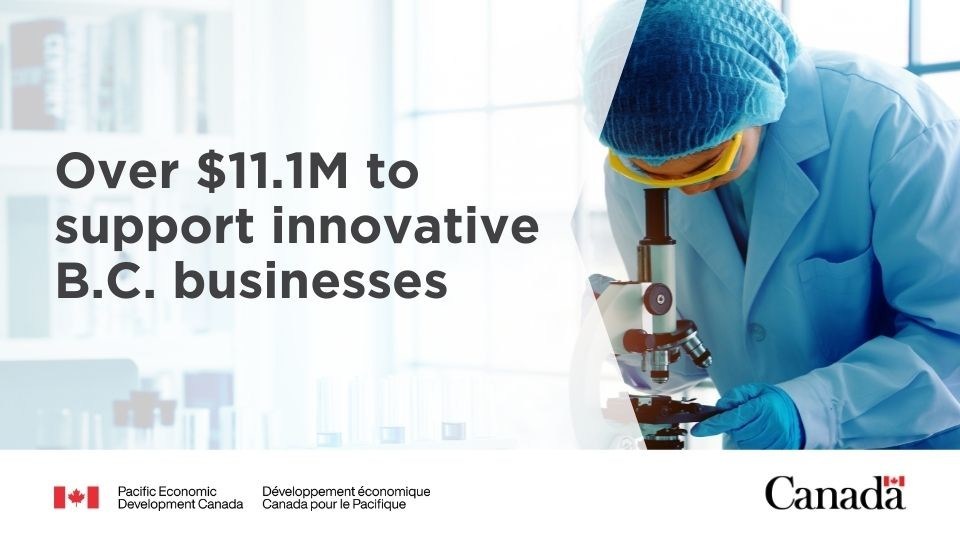 BURNABY — On May 31, Harjit S. Sajjan, Minister of International Development and Minister responsible for the Pacific Economic Development Agency of Canada (PacifiCan), announced over $11.1 million in funding for four companies in the life sciences, clean technology and digital technology sectors.

Minister Sajjan made the announcement at Burnaby-based Kardium Inc., a life sciences company. In 2021, Kardium was named medical technology company of the year by Life Sciences BC.

The Minister’s announcement included Business Scale-up and Productivity (BSP) funding of $5 million for Kardium. This funding will help Kardium increase manufacturing capacity at its Burnaby facility to support worldwide sales of its Globe system. The Globe system is a medical device for the treatment of atrial fibrillation, a common heart rhythm disorder. It is anticipated that this investment will result in increased sales, revenue and the creation of 350 new jobs.

With the funding, the company plans to build a green hydrogen production plant in Burnaby, BC. This plant will be able to produce 1000 kg of hydrogen a day, which will help support its current fueling stations and add additional ones. This investment will spur revenue growth and is anticipated to create 10 direct and additional indirect jobs.

Kobalt Security Inc. is also receiving $530,025 through the BSP program. Kobalt provides cyber security programs for SMEs. With this funding, Kobalt will engage in an expansion of its services into the US and other English-speaking countries. The company expects this expansion to create 60 new jobs.

Symvivo Corporation will receive $650,000 in BSP support. Symvivo is a clinical-stage biotechnology company that has developed a bacterial gene delivery platform that uses engineered live bacteria to deliver genetic material into disease sites.

With the BSP funding, the company will purchase and install new equipment, acquire laboratory materials and hire additional staff to expand in-house bio-manufacturing capacity at its current facility in Burnaby. This investment will boost revenue and create 20 new jobs.

“With the creation of PacifiCan, B.C. companies have a partner they can rely on. These investments are an example of this commitment and will allow these innovative companies to scale up their businesses, providing jobs and helping create a stronger B.C. economy.” said Harjit S. Sajjan, Minister of International Development and Minister responsible for the Pacific Economic Development Agency of Canada.