The delivery represents a potential total value of up to USD $464.8 million. 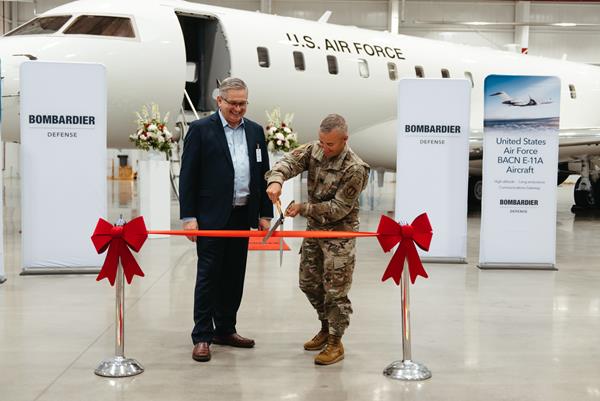 WICHITA — Bombardier says that its defence division, along with its U.S. subsidiary Learjet Inc., delivered a Global aircraft in special mission configuration to the U.S. Air Force Battlefield Airborne Communications Node (BACN) program based at Hanscom Air Force Base in Massachusetts.

“The defence sector is a key pillar of Bombardier’s future as our ultra-reliable and high-performing platforms are best suited to house and operate complex mission equipment,” said Éric Martel, president and CEO of Bombardier in a statement.

“We are proud that our jets and know-how are being increasingly recognized around the world in this sphere, and this delivery is a milestone, first of its kind since appointing Wichita as the home base for Bombardier Defence.”