Expected to enter service in 2025, the Global 8000 aircraft development is ongoing, and the program is progressing to plan. 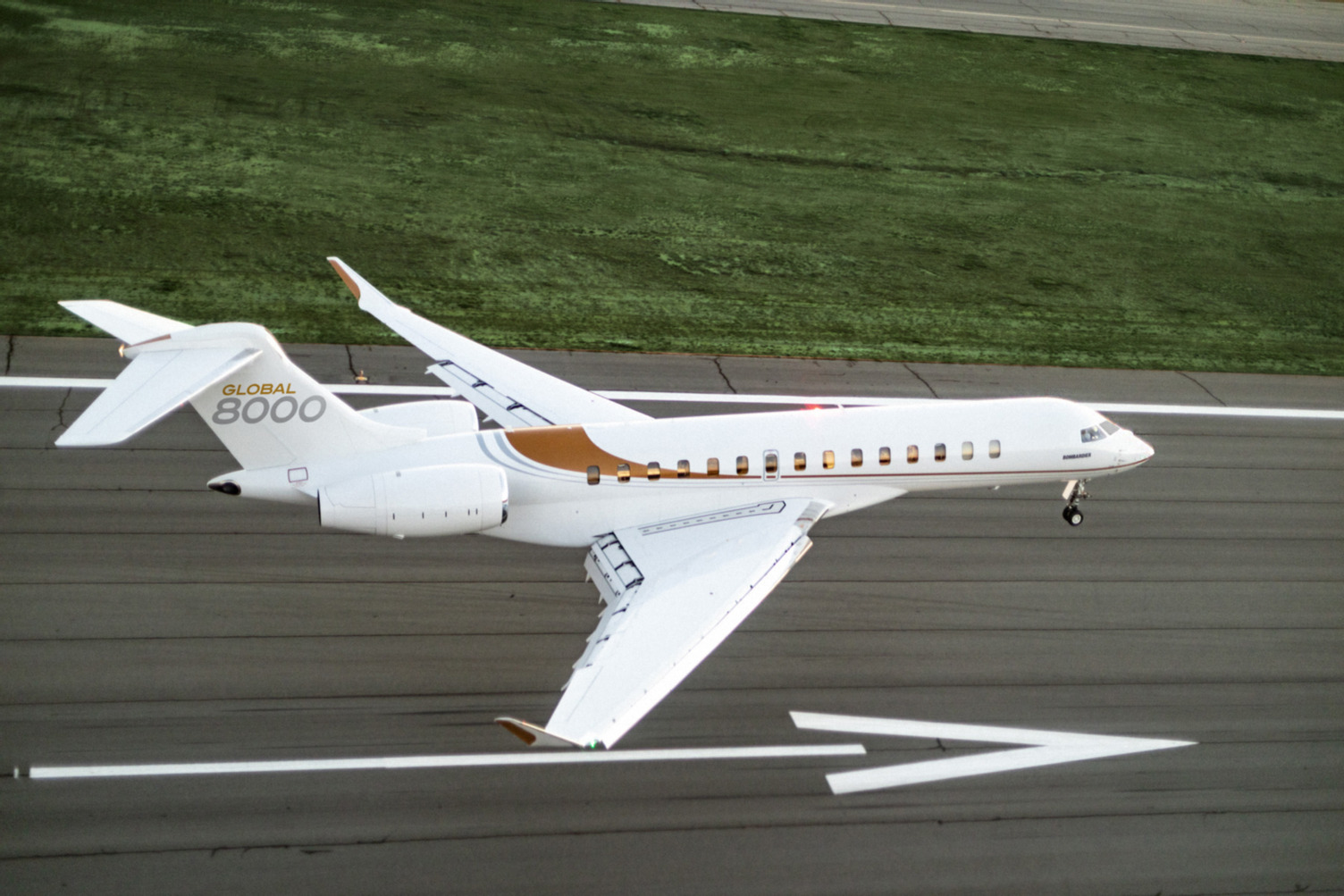 Bombardier Global 7500, photographed at Mojave Air & Space Port and across southern California on April 16-17, 2019, from Wolfe Air AStar 350B and Learjet 25B

GENEVA — On May 23, Bombardier unveiled the newest member of its business jet portfolio with the introduction of the Global 8000 aircraft, a business jet meant to be their flagship product moving forward.

“Today, Bombardier solidifies once more its position as the leader in business aviation with the newest member of the industry-leading Global family,” said Éric Martel, Bombardier’s President and Chief Executive Officer. “The Global 8000 aircraft leverages the outstanding attributes of the Global 7500 aircraft, providing our customers with a flagship aircraft of a new era. We remain unmatched, which for an innovation-focused team like us, is great.”

During testing, the aircraft, accompanied by a NASA F/A-18 chase plane, repeatably achieved speeds in excess of Mach 1.015, a key step in enabling a maximum Mach operating speed (MMO) of M0.94. During the demonstration flight, the aircraft also reportedly became the first Transport Category airplane to fly supersonic with sustainable aviation fuel (SAF).

The Global 8000 business jet also features a healthier cabin, with the lowest cabin altitude in its class of 2,900 feet when flying at 41,000 ft. It will be reportedly equipped with Bombardier’s Pũr Air and advanced HEPA filter technology for better air quality.

In the cockpit, the Global 8000 aircraft reportedly features a Bombardier Vision flight deck with fly-by-wire technology and blend of avionics with ergonomics and aesthetics for pilots.