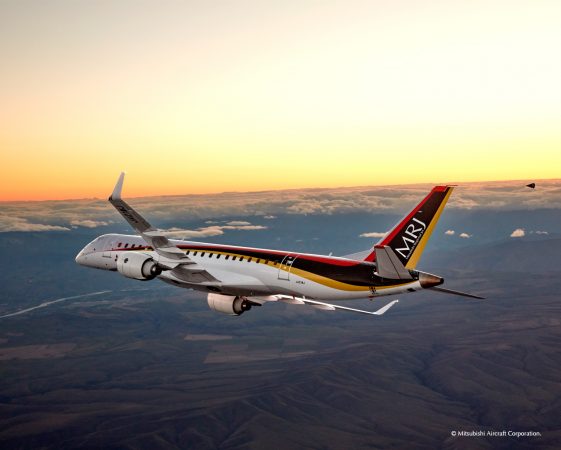 MONTREAL – Bombardier’s chief executive intervened twice over the past two years to try to resolve a dispute between the Quebec aircraft manufacturer and Mitsubishi regarding alleged theft of intellectual property, a row that has now reached U.S. courts.

Bellemare stressed that his team had been ordered to take “all necessary actions to ensure the protection of the intellectual property (of the company) and its know-how.”

The document, along with a letter from August 2016, is part of the evidence filed by the Montreal-based plane-and-train maker with a federal court in Seattle on Friday. The lawsuit alleges that some of Bellemare’s employees illegally sent documents containing industrial secrets to Mitsubishi before jumping ship to join up with the Japanese company.

The lawsuit also targets Aerospace Testing Engineering & Certification (AeroTEC), contracted to help Mitsubishi develop its MRJ jetliner, which has experienced multiple delays over the past decade and is expected to come online in 2020.

Bombardier claims that Mitsubishi Aircraft and AeroTEC recruited 92 of its employees in Quebec and the United States. Trade secrets concerning the certification process with Transport Canada and its American counterpart _ the Federal Aviation Administration _ were passed on, the lawsuit alleges.

In his letter from January 2017, Bellemare says he fears that the workers recruited by Mitsubishi will use Bombardier’s intellectual property to help develop the MRJ, which can carry up to 90 passengers and competes against his company’s aircraft.

The allegations in the lawsuit have not been proven in court.