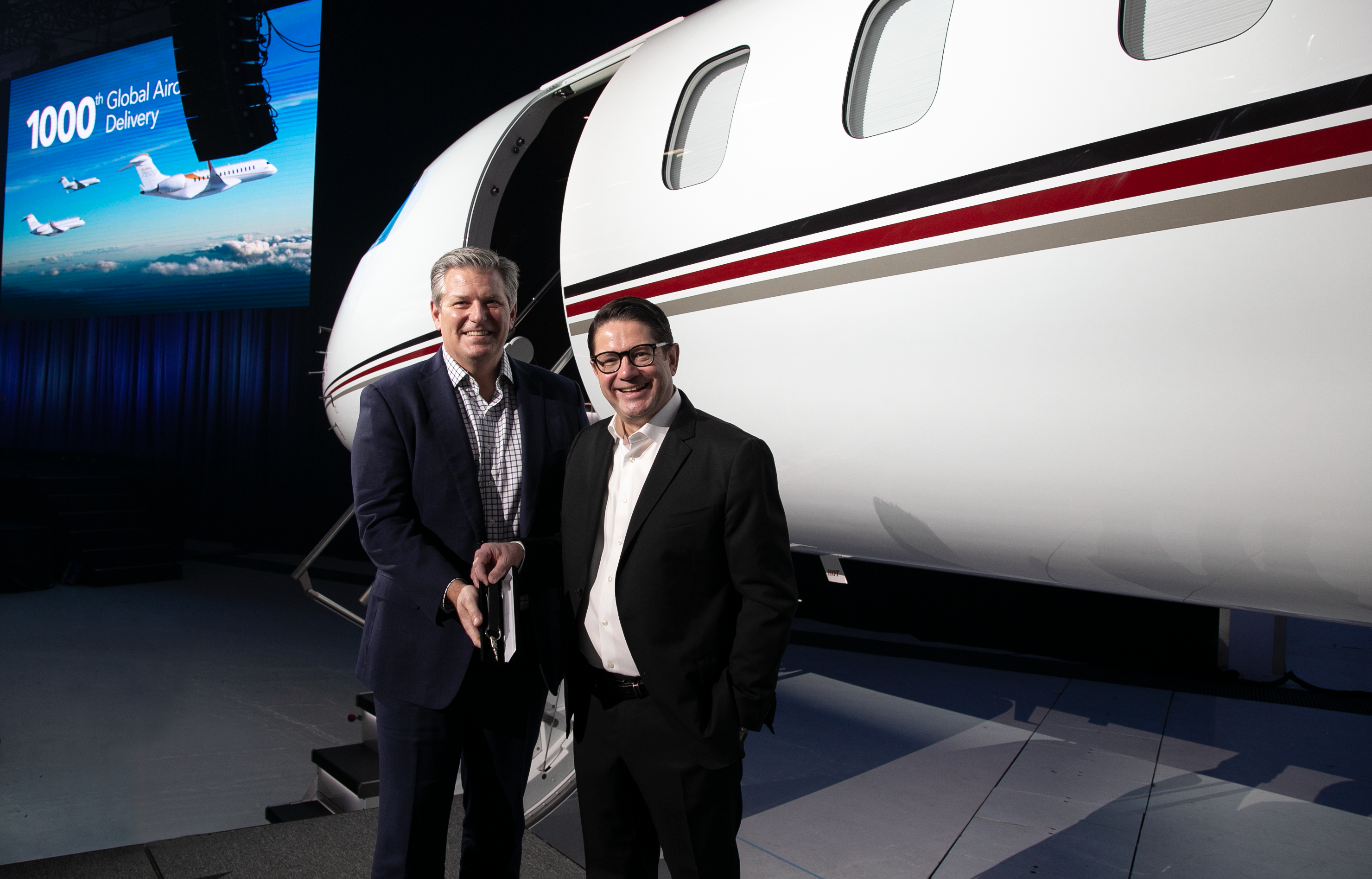 MONTRÉAL — On Dec. 2, Bombardier announced the delivery of their 1,000th Global aircraft at the same time as the NetJets team led by Patrick Gallagher, President, Sales, Marketing and Services, took delivery of the private aviation company’s first Global 7500 business jet.

The addition of a Global 7500 aircraft to the NetJets fleet adds to its large-cabin, long-range offering, and elevates the choice of travel options for its international Owners. With a 7,700 nm (14,260 km) range, NetJets Owners will be able to fly from New York to Beijing or San Francisco to Sydney without refueling stops. The Global 7500 aircraft is set to be the flagship aircraft for NetJets.

“We take pride in operating one of the industry’s most advanced fleets, and we are delighted to accept our first Global 7500 aircraft today. The Global 7500 aircraft adds a new dimension to our long-range aircraft offerings,” said Patrick Gallagher, President, Sales, Marketing and Services, NetJets. “At a time when demand for our aircraft is at its highest, our strategy is focused on continuing to deliver solutions that meet our Owners’ needs and expectations. We anticipate our Owners will appreciate the added value the aircraft brings and know they will be thrilled to experience flight in the Global 7500 business jet.”

The Global 7500 aircraft reportedly boasts the first Environmental Product Declaration (EPD) for a business jet. The independently verified EPD details information about the aircraft’s environmental footprint throughout its lifecycle, and thus plays an important role in the pledge both companies have made to support the private aviation industry’s commitment to environmental sustainability.

On the occasion of this dual announcement, PricewaterhouseCoopers led a study of the economic footprint of the Global 7500 aircraft in Québec, Ontario and Canada. Results show that between 2010 and 2019, the Global 7500 program development contributed and facilitated a total economic footprint in Canada of $4.8 billion in GDP as well as an annual average of 3,386 full-time equivalent jobs. In addition, through its overall manufacturing activities, Bombardier is expected to contribute and facilitate $2.0 billion in GDP per year to the Canadian economy and 8,456 jobs per year on average.