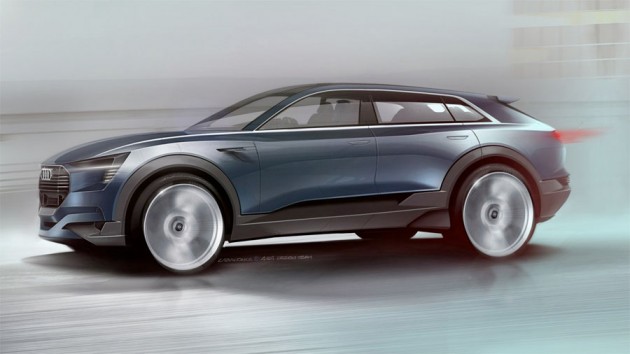 BERLIN—German carmaker Audi says it’s planning to unveil an electric sport SUV concept with a range of more than 500 kilometres—well beyond the range of rival carmaker Tesla’s Model S and soon-to-launch Model X.

The Tesla Model S is listed as having a battery-only range of up to 435 kilometres.

Audi says in a statement Wednesday its as-yet unnamed electric SUV will begin production in 2018. It will unveil the vehicle at the upcoming Frankfurt Auto Show, which opens to the press Sept. 15.

Audi, based in Ingolstadt, Germany, says its electric SUV will feature three electric motors powered by a large lithium-ion battery and will be its first large series electric car.