Arras now has over 3,028 square kilometres of contiguous magnetics survey data for the area. 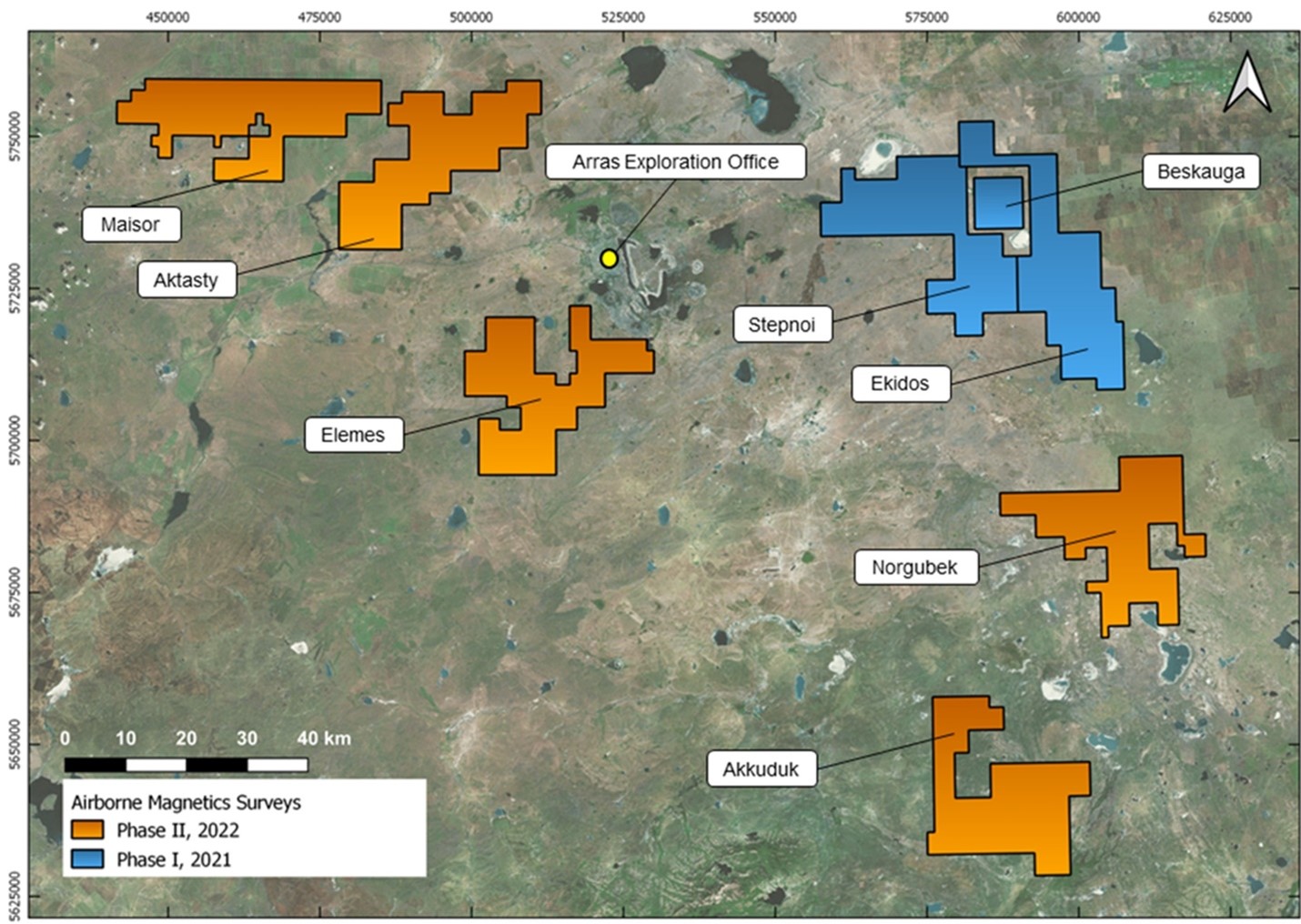 The company says it now has contiguous airborne magnetic data covering the entirety of its exploration licences that cover a total of 3,028 square kilometres in northeastern Kazakhstan.

The company says that results of the survey data and 3D inversion over selected areas have turned up multiple targets for porphyry, epithermal, volcanic-hosed massive sulfide and organic gold mineralization. The company continues to interpret survey results.

“This is one of the largest airborne geophysical surveys flown in Kazakhstan in recent years. Despite being positioned in a productive copper-gold belt, the survey represents the first time that many of our exploration licence areas have been flown by geophysics in over 60 years,” said Tim Barry, CEO of Arras in a statement.

He added that the acquisition of the new airborne magnetics dataset is a first step in understanding the geology and mineral potential of the company’s licenses. Moreover, the initial analysis of the resulting data and yields led him to say that the project likely represents a pipeline of new copper-gold prospects.

SPC GEOKEN LLP conducted the data acquisition during the fourth quarter or 2021 and the first quarter of 2022.

The company explained that this built upon an earlier 21,000 line-kilometre airborne magnetic survey over its Beskauga, Stepnoe, and Ekidos exploration licenses.

Arras now has over 3,028 square kilometres of contiguous magnetics survey data for the area.