February 19, 2019  by Richard Lardner And Larry Fenn, The Associated Press 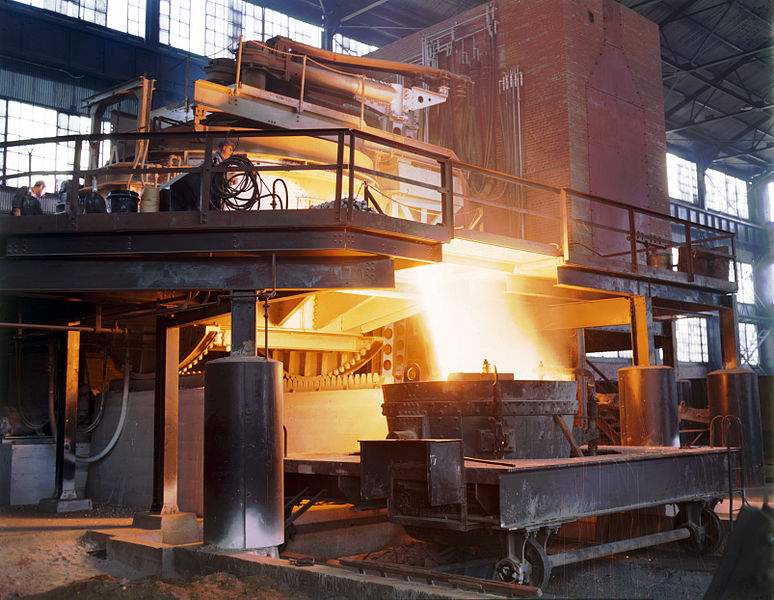 WASHINGTON – Despite President Donald Trump’s tough talk on trade, his administration has granted hundreds of companies permission to import millions of tons of steel made in China, Japan and other countries without paying the hefty tariff he put in place to protect U.S. manufacturers and jobs, according to an Associated Press analysis.

The waivers from the import tax show how pliable his protectionist policies can be. Trump has positioned himself as an “America First” trade warrior, using tariffs as a club against countries he’s accused of playing unfairly. Although China has been the principal target of Trump’s ire, he also has criticized Japan and American allies in Europe.

Behind the scenes, however, his Commerce Department approved tariff exemption requests from 370 companies for up to 4.1 million tons of foreign steel, with roughly 8 per cent of the total coming from China and close to 30 per cent from Japan, according to AP’s review of thousands of applications for relief from the import tax on steel. Many recipients of the waivers are subsidiaries of foreign-owned businesses.

Although Trump has sought to rebuild America’s steel industry by curbing imports, tariffs are fraught with economic risk – a message that came through loud and clear in many of the waiver applications. Companies that use steel in their products warned the Commerce Department that the 25 per cent tariff could do serious damage to their businesses.

The numbers also provide a window into a steel tariff exemption program that has vexed many applicants as well as lawmakers who’ve questioned the pace, transparency and fairness of the process. The flood of applications overwhelmed the system the department set up nearly a year ago to review them, and more than 38,000 requests still await rulings.

The Commerce Department has received waiver applications from 45 states and Puerto Rico, evidence of the geographic range of companies angling for exemptions.

Tioga Pipe in Philadelphia, which supplies a variety of industrial customers with pipe, fittings and flanges, received approval to import as much as 86,500 tons of Chinese steel duty free; that was the most of any company with approved waivers. Tioga did not return calls and emails seeking comment, but its applications indicate the material isn’t available from domestic suppliers in the sizes and shapes it needs.

DS Containers, a subsidiary of Japan’s Daiwa Can, makes aerosol and liquid pour cans at factories in Illinois using laminated tin-free steel that U.S. suppliers have shown no interest in manufacturing, CEO Bill Smith told the Commerce Department. Smith received the go-ahead to import up to 390,000 tons of the material from Japan, the Netherlands and United Kingdom. If the waivers had not been granted, Smith warned, DS Containers might have been forced to shut down production lines or lay off employees.

A 25 per cent tariff “is a very heavy burden on any company,” Smith told AP last year.

The department declined interview requests. A spokesman said in an emailed statement that exemptions can be approved if the department determines the metal “is not produced in the United States in a sufficient and reasonably available amount or of a satisfactory quality or should be excluded based upon specific national security considerations.”

Overall, the department has so far approved nearly 14,000 requests for exemption from the steel duty, with 59 per cent of the total going to firms with a foreign corporate parent. Most of the waivers last for a year. More than 4,400 applications were denied.

Sen. Elizabeth Warren of Massachusetts, who this month declared herself a Democratic candidate for president in 2020, told Commerce Secretary Wilbur Ross in late October that giving exemptions to foreign-owned businesses “appears to be massive loophole.” The purpose of tariffs, she said, is to benefit U.S. manufacturing, not undermine it.

Warren said in a statement to AP that Trump “claims to be implementing trade policies that put America first, but here’s what the data show: this administration is handing out special tariff exemptions to foreign-owned companies at the expense of American companies.”

But Scott Paul, the president of the pro-tariff Alliance for American Manufacturing, said a company’s lineage shouldn’t be a factor in whether it receives waivers. Paul said the volume of steel exempted from the duty is small compared with the U.S. market for steel.

“You’d be hard pressed to find a bigger China trade hawk than me,” Paul said, “but I’m not overly concerned with the number of exemptions granted so far.”

Two subsidiaries of Japanese companies, both in the suburbs of Indianapolis, had vastly different experiences as each tried to avoid the steel tariff.

Nachi America, in Greenwood, Indiana, received close to 530 waivers for metal that included a heat-treated steel bar made in Japan with a “precision straightness” that U.S. suppliers can’t match, according to one of the company’s applications. Nachi America declined to comment.

Indiana Automotive Fasteners in Greenfield, about 40 miles away, made a similar argument: only Japanese-made steel meets the exacting requirements for the bolts, nuts and screws it produces for the country’s largest automakers. Yet only 43 of its requests were approved while more than 100 were rejected on the grounds they weren’t completed properly. Nearly 150 requests are pending.

The denials perplexed Mark Vance, vice-president for sales at Indiana Automotive Fasteners. Although the company is permitted to refile the rejected requests, Vance said Commerce Department officials couldn’t tell him what should be modified the second time around, leaving him to conclude the denials were due to the ‘subjectivity on the part of the person reviewing” the applications.

To put the tariffs into effect, Trump employed a rarely used 1962 law that empowers him to put a levy on a particular product if the Commerce Department determines it threatens national security. The department posts the requests online to allow third parties to file objections – even from competitors who have an interest in seeing a rival’s bid rejected.

The two most prolific protesters are also two of the country’s largest steel producers and key beneficiaries of the tariff. Nucor and U.S. Steel have filed more than 5,800 objections between them, according to numbers compiled by the office of Rep. Jackie Walorski, an Indiana Republican opposed to the steel tariff. Her data also shows requests that trigger objections are rarely approved.

U.S. Steel announced Monday that due to Trump’s “strong trade actions” the company would be resuming construction of a new steelmaking plant in Alabama that had been suspended in late 2015 “due to unfavourable market conditions.” Nucor also is expanding and late last month reported record annual earnings for 2018.

Among the thousands of requests hanging in the balance are the dozens submitted by NLMK USA, the U.S. subsidiary of the Russian steel company Novolipetsk Steel. NLMK imports huge slabs of steel from Russia and has paid nearly US$150 million in tariffs so far as it awaits rulings, said Robert Miller, the company’s president and CEO.

Miller told the Commerce Department that a domestic shortage of steel slab means he has no choice but to go overseas for the metal his facilities in Pennsylvania and Indiana need. But Nucor and U.S. Steel objected, contending there’s plenty of slab available in the U.S. Nucor said NLMK wants to rely on “cheap steel slab from Russia” to support a business model that is “classic outsourcing.”