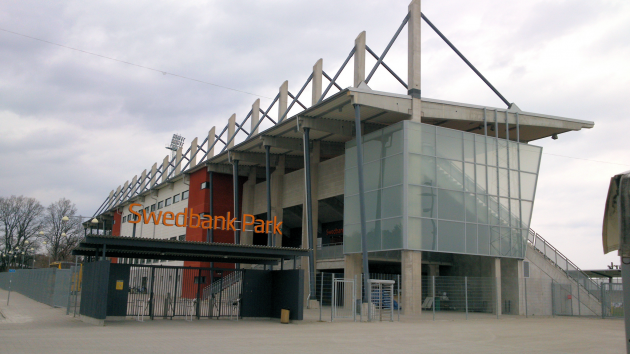 COPENHAGEN – The chief executive of one of Sweden’s largest banks was fired Thursday in the wake of allegations that the bank was connected to a massive money laundering scandal in the Baltic countries. It is the second major Nordic bank CEO to fall over the scandal in four months.

Swedbank Chairman Lars Idermark said that the CEO, Birgitte Bonnesen, was fired by the board after “developments during the past days (that) have created an enormous pressure for the bank.” CFO Anders Karlsson was named as acting chief executive.

The decision came a day after Sweden’s Economic Crime Authority raided the banks’ headquarters near Stockholm. Prosecutors are investigating whether 15 of Swedbank’s largest shareholders illegally received information about the bank’s connection to the money laundering scandal before the issue was made public by a Swedish television report last month.

Authorities in the United States, Estonia, Latvia and Lithuania are also investigating Swedbank over the alleged dirty money flows. Trading in Swedbank shares was suspended temporarily on Thursday on the Stockholm stock exchange.

Bonnesen is the second top executive to fall over money laundering cases involving Scandinavian banks and their branches in the Baltic countries.

In December, the chief executive of Danske Bank, Thomas Borgen, resigned after an internal investigation found that some 200 billion euros ($225 billion) flowing through the bank’s Estonian subsidiary from 2007 to 2015 was suspicious. Reports alleged that some of the money flows were from family members of Russian President Vladimir Putin.

The findings prompted Denmark’s financial regulator to reopen a probe and Danish prosecutors have started a criminal investigation.

Swedbank entered the Baltic banking market in 2005 through the acquisition of the Estonia-based AS Hansapank, a commercial and retail bank set up in 1992 and operating also in neighbouring Latvia, Lithuania and Russia under the brand of Hansabank .

Just ahead of the Swedbank transaction, Hansapank acquired Moscow-based OAO Kvest Bank in 2005.

Along with SEB Bank – another Swedish banking group – Swedbank remains one of the two main commercial banks in the Baltics, having a market share of 25-35 per cent in deposits and loans in each country.

At its peak a few years ago, over 90 per cent of Estonia’s banking industry was held by Nordic, mainly Sweden-based banks.

Jari Tanner in Helsinki, Finland, contributed to this report.