Industria 440 project strategically located near Highways 440 and 13 in Laval, Que., north of Montreal 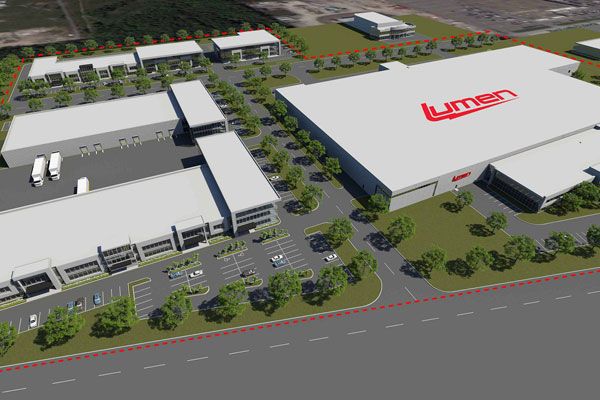 LAVAL, Que.—Construction is underway on a new eco-friendly industrial park in Laval, Que., that will offer as much as 1.5 million sq.ft. of industrial and commercial space in the city north of Montreal.

The Industria 440 project is strategically located near Highways 440 and 13 in Laval, the site is about 15 kilometres north of Montreal—Pierre Elliott Trudeau International Airport.

Ten buildings are slated for construction on the site, according to the Fonds immobilier de solidarite FTQ, which owns 50 per cent of the land and the Industria 440 project, which will offer as much as 150,000 sq.ft. each of space.

The entire site will be Leadership in Energy and Environmental Design (LEED) certified.

“The Industria business park is consistent with the city’s desire to offer space in order to keep attracting new businesses and allow existing ones to grow, thereby increasing the number of jobs available in Laval and maintain the city’s economic vitality,” Laval mayor Marc Demers said in a statement published by the Fonds immobilier de solidarite FTQ.

Lumen Inc., an electrical materials distributor, purchased land in the complex and is building its head office in the Industria park.

“The project is starting to take shape and is attracting companies from different industries, including aeronautics, food, environmental and high tech,” said Michel Grennan, president of Consoltec Inc., the company tasked with the project’s promotion and development.

“We want to create industrial clusters that will allow companies from a given industry to be near each other in order to capitalize on business opportunities.”

Construction of the new buildings will be spread over four phases, with occupancy slated to begin in the summer of 2015.