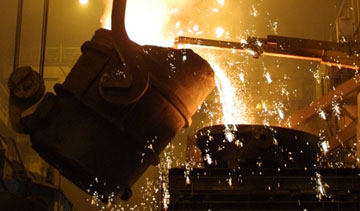 The court decision is the latest in a highly controversial battle between government, industry and workers. PHOTO U.S. Steel

TORONTO—The Ontario Superior Court of Justice has approved U.S. Steel’s plan to splinter off U.S. Steel Canada from its American parent. The decision will allow the company to shift production to its U.S.-based mills and leaves approximately 20,000 pensioners without health benefits.

The move is the latest development in a long-running dispute between several levels of the Canadian government, the United Steelworkers union and U.S. Steel.

“There will be 20,000 pensioners waking up tomorrow without health benefits and prescription drug coverage,” USW Ontario’s director, Marty Warren, said.

The union called on the federal government to address this “crisis” and take responsibility for the company’s 20,000 pensioners who will lose their health and drug benefits. USW also vowed to continue fighting to protect USSC’s workers and pensioners.

Along with cutting ties with USSC and ending support for pensioners, USS will be permitted to stop paying municipal taxes in Hamilton and Haldimand County, according to USW.

“U.S. Steel is walking away from this devastation, while U.S. Steel Canada’s restructuring plan targets thousands of vulnerable and sick pensioners by taking away the medical benefits and prescription medications they desperately need,” Gary Howe, president of USW Local 1005 in Hamilton, said.

“We are exploring other possibilities and arrangements to help address these issues and we will continue to communicate with our members and pensioners accordingly,” Warren said.

Meanwhile, the union said it is committed to rebuilding USSC into a prosperous steelmaker.