Toronto police have shut down 11 unlicensed pot shops since legalization 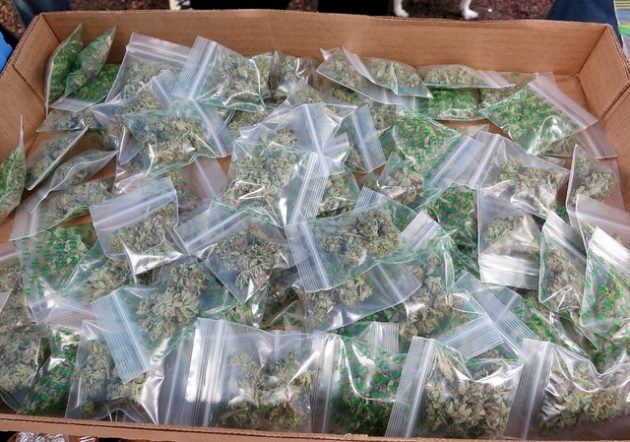 TORONTO – A total of 11 unlicensed marijuana dispensaries have been shut down in Toronto since recreational cannabis became legal last week, police said Monday.

Twenty-one people have been charged and released during the raids under the province’s new cannabis act. Officers shut down five unlicensed pot shops on Friday afternoon and another six shops over the weekend.

Toronto police have said they will continue to crack down on unlicensed distributors in the wake of pot legalization. Illegal stores that wanted to go legitimate were told they could only apply for a retail licence if they shut down operations by the legalization date of Oct. 17.

Acting Insp. Steve Watts, who’s in charge of Toronto’s drug squad, said he doubts the city will see an influx of unlicensed dispensaries between now and April 1, when the government intends to allow licensed brick-and-mortar dispensaries to open their doors.

“If you look historically back in 2015, when Trudeau announced that he was going to legalize (cannabis) ? that’s when the unlawful storefronts proliferated in Toronto. They essentially went from 10 or 20 to in excess of 100 in the spring of 2016,” he said.

“Now that we’ve moved into this framework of the current regulations in place, I see that number going down.”

Watts said dozens of dispensaries shut down ahead of Oct. 17, and in addition to the dispensaries shuttered in the raids, he’s aware of two shops that have closed their doors voluntarily after the cannabis act passed.

As for the dispensaries his officers invaded, their locks have been changed, and their cash and products have been seized.

Watts noted that customers who happen to be shopping at the unlicensed dispensaries when they’re raided won’t be charged.

“In terms of customers – even before the legalization of weed, prior to Oct. 17 when we were doing these raids, we never charged customers,” he said.”They were always just asked to vacate like a regular warrant.”