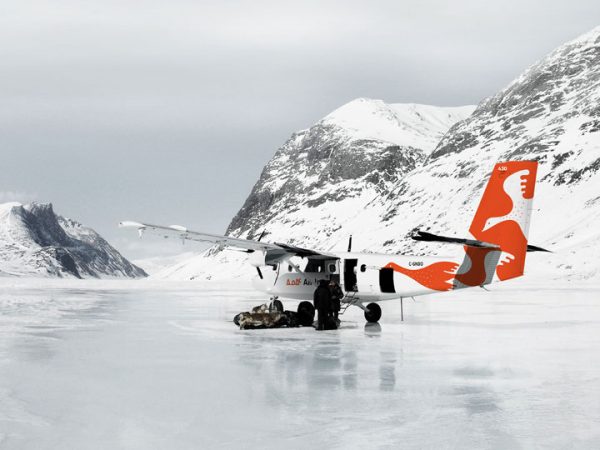 CALGARY—A Canadian-owned Twin Otter turboprop plane has arrived in South America on with two sick workers who were picked up during a medical rescue mission from a remote U.S. science outpost at the South Pole.

After making a stop for a few hours at a British station on the edge of Antarctica, the two workers were flown to Punta Arenas, Chile.

From there, the sick workers were to be transported to a medical facility. The National Science Foundation said that location will not be disclosed, and no details of the patients’ medical conditions would be released out of privacy concerns.

A crew in another Canadian Twin Otter had flown from the British station Rothera, 2,400 kilometres to the Amundsen-Scott station at the pole, to pick up the sick workers on Tuesday and finished the round trip Wednesday.

Peter West, spokesman for the NSF, which runs the polar station for the United States, said the nine-to-ten hour flight between the South Pole and the British station on the Antarctic peninsula was perilous.

“It’s cold. It’s very dark. It’s Antarctica, so they’re crossing a huge and empty territory. Antarctica itself is the size of the U.S. and Mexico combined, so there are many factors that they’re dealing with,” West said earlier Wednesday while the first Twin Otter was still making the round trip to the South Pole.

West said the two support crew being airlifted out are employed by logistics contractor Lockheed Martin. The foundation said they needed medical attention that could not be provided on the remote continent.

Normally planes don’t use the polar outpost from February to October because of the dangers of flying in the pitch dark and cold. It was -60 C on Wednesday at the South Pole, according to the station’s webcam and weather gauges.

The extreme cold affects a lot of things on planes, including fuel, which needs to be warmed before takeoff, batteries and hydraulics, West said. The Twin Otter can fly in temperatures as low as -75 C, he said.

“The air and Antarctica are unforgiving environments and punishes any slackness very hard,” said Tim Stockings, operations director at the British Antarctic Survey in London. “If you are complacent, it will bite you.”

Things can change very quickly in the area with ice from clouds, high winds and snow, he said.

West said there was no tarmac at the South Pole station to land on, but there was a landing strip on the ice.

“All the ice shifts about 30 feet a year away from the pole because of the way the ice drifts, but the ski way is maintained in a constant location.”

The foundation decided last week to mount the rescue operation because one staffer needed medical care that can’t be provided there. The station has a doctor, a physician’s assistant and is connected to doctors in the U.S. for consults, West said. There are 48 people _ 39 men and nine women _ at the station.

There have been three emergency evacuations from the Amundsen-Scott station since 1999. The 1999 flight, which was done in Antarctic spring with slightly better conditions, rescued the station’s doctor, Jerri Nielsen, who had breast cancer and had been treating herself. Rescues were done in 2001 and 2003, both for gall-bladder problems.

Scientists have had a station at the South Pole since 1956. It does astronomy, physics and environmental science with telescopes, seismographs and instruments that monitor the atmosphere. The foundation runs two other science stations in Antarctica.