OPSEU has railed against Ontario's move to allow beer and wine sales in grocery stores, calling it creeping privatization 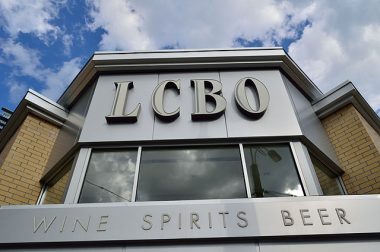 The union has requested a no board report from the province, which could put it in a legal strike position 17 days after a report is issued

TORONTO—The union representing workers at the Liquor Control Board of Ontario has taken another step toward a potential strike.

The Ontario Public Service Employees Union says it has requested a no board report from the Ministry of Labour.

Once the ministry issues such a report, a union would be in a legal strike position 17 days later.

The LCBO says there are a number of bargaining dates set this month and it is hopeful a negotiated collective agreement can be reached.

But, it says, in the event that doesn’t happen, the LCBO is putting contingency plans in place.

LCBO staff voted 93 per cent in favour of a strike in April.

OPSEU says workers have been stuck in casual positions for decades, working seven days a week and taking home less than $30,000 a year.

Union president Warren (Smokey) Thomas said Premier Kathleen Wynne recently spoke about improving the lives of vulnerable workers, as she announced a $15 minimum wage and other labour reforms, but it hasn’t happened for LCBO staff.

“Our members see their premier on the evening news promising improvements for workers,” Thomas said in a statement. “But when they show up for work in the morning, they find their government-owned employer continuing to exploit them.”

The LCBO has previously said its retail store employees receive “some of the most generous hourly wages” in the sector, and while it wants to preserve those jobs, it needs to think differently about how the business is operated.

The union has also railed against the government’s move to sell beer, wine and cider in grocery stores, calling it creeping privatization.