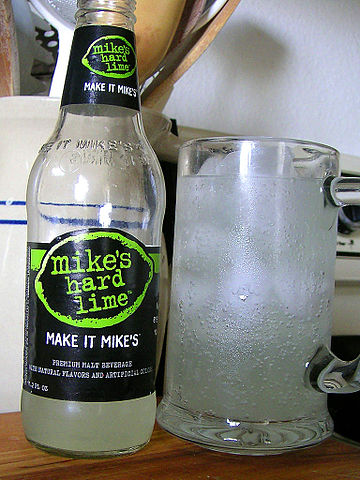 Labatt steps into the wider beverage business as it sets its sights beyond beer. PHOTO: Zanimum, via Wikimedia Commons

TORONTO—A growing taste for sweeter drinks has pushed Labatt Breweries into its latest acquisition for the Canadian rights to Mike’s Hard Lemonade, Okanagan Cider and a couple of other alcoholic beverages.

The Canadian brewer, which is owned by Belgian company Anheuser-Busch InBev, said late Tuesday it has struck a US$350-million deal with the Mark Anthony Group of Companies that will also give it ownership of Palm Bay pre-mixed drinks and the Turning Point Brewery in British Columbia, which brews Stanley Park beers.

The move would diversify Labatt’s growing stable of drinks and put the company into a market where its hardly tread before.

For years, Labatt rarely made anything but beer, but spokesman Charlie Angelakos said changing consumer preferences have meant the company needs to be more nimble.

“Increasingly consumers are looking for sweeter options,” he told The Canadian Press.

“We plan to make the most of these opportunities by making strong consumer connections with the acquired brands and growing their presence across the country.”

Once the deal is finalized, which is expected to happen in the coming months, Labatt will have a bigger stake in both the growing pre-mixed drinks and ciders markets, which have been growing in popularity.

According to data from Labatt, sales of pre-mixed drinks have grown by seven per cent annually over the past three years.

Popularity in ciders has also soared, rising 20 per cent annually over the same period after years of limited availability in Canadian bars and liquor stores.

Labatt has been tapping into niche markets over the past few years.

Last month, Labatt grabbed a larger stake in the craft beer market when it bought up Mill Street Brewery in Toronto for an undisclosed amount, its sixth acquisition of a North American craft brewer since 2011.

Under the agreement with the Mark Anthony Group, Labatt’s parent company also gains the international trademark rights – which exclude the United States.

The Mark Anthony Group would retain full ownership of its U.S. operations and its Canadian wine, spirits and beer import and distribution business, which the company said is where it will focus its growth plans.

“This is a very bold step into the future for our business,” said founder and CEO Anthony von Mandl in a news release.

“Once this transaction is complete it will provide even greater financial capacity as we embark on a new era of significant investments and growth in our businesses in Canada, the United States and beyond.”

Labatt has a portfolio of more than 60 beers made in six breweries in Canada. Under the agreement, the company will bring in about 170 employees.

Once an independent giant in Canada’s beer industry, Labatt was bought in 1995 by a Belgian group that has continued to grow by buying and merging with other companies around the world. The group, now called Anheuser-Busch InBev, is currently attempting to buy SABMiller, the world’s second-biggest beermaker.