The company says this investment should help it increase production of new products. Labatt has been moving into the craft beer space with its recent purchases of Shock Top and Toronto's Mill Street Brewery 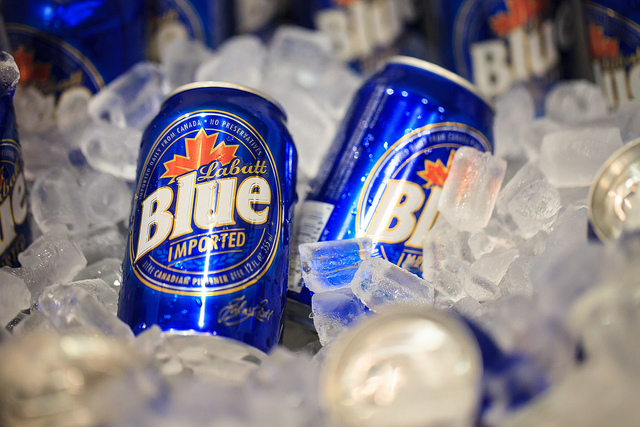 Labatt, owned by Belgium’s Anheuser-Busch InBev, has long dominated the Canadian beer market along side its rival, Molson Coors. But craft beers have been challenging the giants. PHOTO: Opacity via Flickr

TORONTO—Labatt Breweries of Canada says it is investing $460 million between 2017 and 2020 to enhance its operations and help boost growth.

The maker of popular brands such as Labatt Blue, Budweiser and Alexander Keith’s says the figure includes $62.2 million towards brewery operations this year.

Each of Labatt’s six breweries has already received at least $19 million in recent years, as it invested $546 million in capital improvements between 2011 and 2016.

The company says this investment in new technology and equipment should help it increase production of new and innovative products, as consumer tastes develop and demand is rising for different kinds of beverages.

The investments are not expected to result in new jobs or layoffs.

Labatt employs more than 3,500 people in Canada and will celebrate its 170th year this fall.

“We’ve been steadfast in our commitment to brewing great tasting high quality beer, so with these investments we are enhancing our operations to support further growth for the next 170 years,” said Charlie Angelakos, the company’s vice president of legal and corporate affairs.

Labatt—once an independent giant in Canada’s beer industry—was bought in 1995 by a Belgian group that has continued to grow by buying and merging with other companies around the world. The group, now called Anheuser-Busch InBev, last year bought the world’s second-biggest beermaker SABMiller for a combined one-third of the global beer market.

AB InBev and SABMiller own hundreds of brands, including Budweiser, Corona, Grolsch, Stella Artois and Labatt.

In Canada, the beer market has long been dominated by Molson Coors and AB InBev, through its ownership of Labatt, although the two beer giants have increasingly been challenged by the popularity of smaller local craft brewers.

Earlier this summer, beer rival Molson Coors announced plans to spend up to $500 million to build a new brewery in Montreal, instead of at its original location, which opened in 1786.

Labatt has been moving to buy up craft beers, including Shock Top and the 2015 purchase of Toronto’s Mill Street Brewery, its sixth acquisition of a North American craft brewer since 2011. The company now operates three stand-alone craft brewers.

Labatt announced a US$350-million deal with the Mark Anthony Group to buy the Canadian rights to Mike’s Hard Lemonade, Okanagan Cider and ownership of the Turning Point Brewery in British Columbia, which brews Stanley Park beers, giving the company a bigger stake in both the growing pre-mixed drinks and ciders markets, which have been growing in popularity.