Two Ontario Toyota plants to get $1.4B upgrade; Ottawa and province to pitch in

The Cambridge, Ont. and Woodstock, Ont. factories will become Toyota's North American manufacturing hub for the RAV4. The feds and Ontario will contribute $110 million each to the upgrades 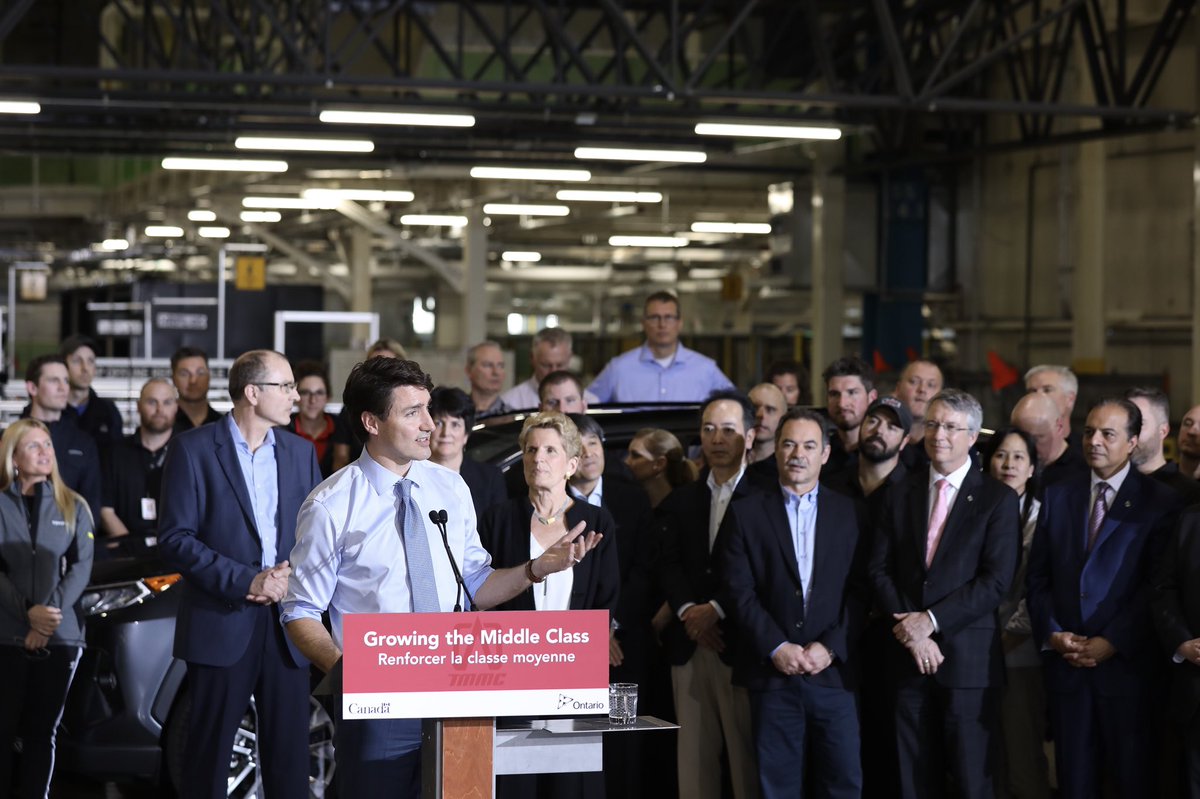 Trudeau made the announcement May 4 at Toyota’s plant in Cambridge, Ont. alongside Ontario Premier Kathleen Wynne. PHOTO: Justin Trudeau/Twitter

CAMBRIDGE, Ont.—The federal and Ontario governments will pitch in a combined $220 million toward a $1.4-billion upgrade at two Toyota Canada manufacturing plants.

Prime Minister Justin Trudeau made the announcement Friday at Toyota’s plant in Cambridge, Ont., which, along with a facility in Woodstock, Ont., will see the upgrades.

Upon completion of the upgrades, the Cambridge and Woodstock factories will become Toyota’s North American manufacturing hub for the RAV4, including hybrid versions.

The investment is expected to result in the creation of 450 new jobs and 1,000 new co-op jobs, and spending of $200 million by Toyota in research and development in Canada over the next 10 years.

The two plants currently employ about 8,000 people and produce more than half a million vehicles each year.

“These measures support Canada’s competitiveness and build our capacity to do the kind of advanced automotive research and production that companies like Toyota want to do more of,” Trudeau said

The announcement comes against the backdrop of a potential final push for a new NAFTA deal this year where the auto industry has been a crucial part of talks so far.

“It’s a vote of confidence in our talented workforce and in our entire province,” she said.

Wynne, whose party has been lagging behind the Progressive Conservatives in recent polls, said her Liberals know the importance of supporting manufacturers with such investments.

She denied the announcement was an attempt to buy votes.

“This is an investment that has been in the works for some time,” Wynne said.

“This has much more to do with Ontario’s ongoing successful economy than it does with an election. But it is part of our record as we go into this election that we have invested in the auto sector, that we have partnered with the auto sector—and we believe that is the way we should go forward.”