NAFTA’s moment of truth: Coming days could decide whether deal happens this year

Autos remain the biggest priority in negotiations, and the U.S. and Mexico are still at odds over the issue 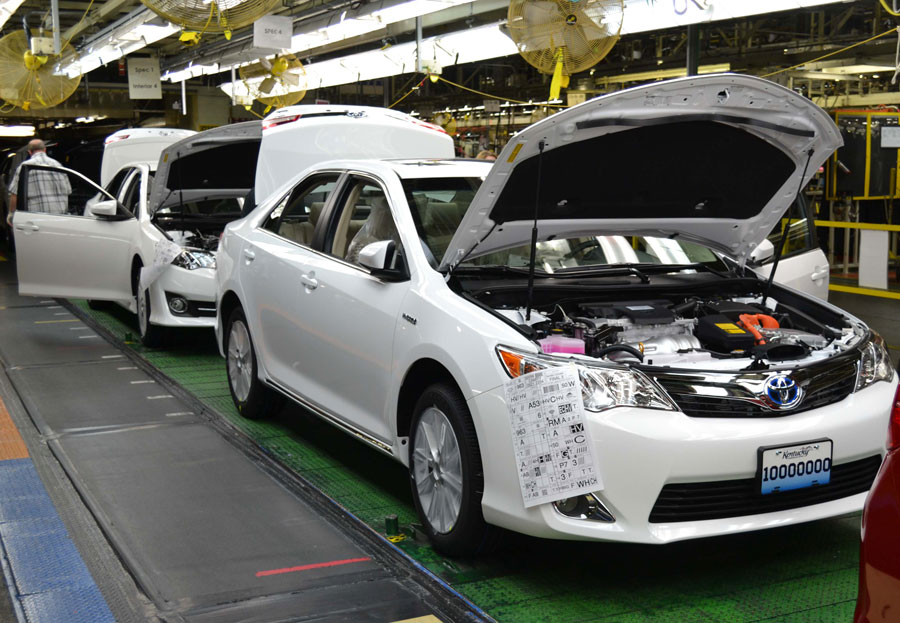 The U.S.’s latest demand is that 40 per cent of every car be produced in high-wage jurisdictions, with some credit for spending on research. Mexico is set to deliver a counter-offer. PHOTO: Toyota

WASHINGTON—A moment of truth approaches in the NAFTA negotiations, with the coming days likely to reveal not only whether an agreement is achievable this year, but also how extensive such an agreement might be.

Even participants at the negotiating table profess to be in suspense about how the United States will proceed, should it finally secure its much-coveted deal on autos.

One thing everyone appears to agree on is that if a pact doesn’t happen soon, the prospects of one happening this year dim considerably: U.S. trade czar Robert Lighthizer has pegged the window at one or two weeks.

Autos will be the first order of business when ministers gather Monday in Washington, in an effort to seal an agreement before elections in Mexico and the U.S. Congress slow the process.

Any potential agreement hinges on the ability of Mexico and the U.S. to bridge a key ideological gap: in an effort to steer manufacturing north, the U.S.’s latest demand is that 40 per cent of every car be produced in high-wage jurisdictions, with some credit for spending on research.

Mexico is set to deliver a counter-offer.

The great unknown is what happens next, if the U.S. and Mexico make peace on the auto file. Would the U.S. stick to a series of hardline positions, or rush through the rest to wrap everything up?

”That … probably is the crux of what happens next,” said one person familiar with the talks.

”One does not know … how the next week will play out.”

More than a half-dozen groups have been meeting in recent days to try clearing the non-controversial issues off the table, so the ministers can focus on the hardest political trade-offs.

For example, one group met to discuss customs procedures, but avoided the toughest of all customs issues: online purchases and whether Canada will move its meagre $20 duty-free level closer to the U.S.’s $800 limit.

One person who has closely followed the career and methods of U.S. trade czar Robert Lighthizer believes he is now deploying two textbook tactics in pursuit of a deal.

The first is to create a deadline threat. This person, who asked to remain anonymous, calls the tactic, ”the death machine”—where some fearsome fate awaits your counterpart, in the absence of a deal. In this case, steel and aluminum tariffs are set to kick in June 1.

The second is to make a bunch of difficult demands, some of which truly matter and some of which are a bluff, a thing to be traded off.

This person suspects Lighthizer’s true goals involve autos, and the dispute-resolution systems under chapters 11 and 19—and that the other, more expendable, demands involve dairy and duty-free purchases.

He predicts the biggest confrontation with Canada will involve Chapter 19—which Lighthizer has long resented as a violation of U.S. sovereignty, but which was a do-or-die issue for Canada in the original NAFTA, allowing companies like softwood-lumber producers to fight punitive duties.

Other U.S. industries say their causes cannot be ignored.

The pharmaceutical industry wants changes in the way drug prices are set; it wants more transparency and appeal rights, as well as longer patent-style protections on biologics treatments.

The industry has powerful support in the U.S. Congress. Its most famous backer, Sen. Orrin Hatch, leads one of the two key committees that would be responsible for driving through any NAFTA implementing legislation before the current Congress leaves office.

”Intellectual property remains a very high priority for (the administration),” said trade lawyer Brian Pomper, who works on such issues.

”And that’s not dissimilar, to be honest, from lots of other (U.S.) administrations. You know, IP is not a partisan issue.”

Pomper, a former counsel on the committee Hatch now leads, suggests an agreement in the next month could theoretically get to a vote well before the current Congress wraps up in December if lawmakers like the deal and move quickly, or if the arm’s-length U.S. International Trade Commission manages to complete a review ahead of deadlines.

”You can do it pretty quickly,” Pomper said.

”(But) if Congress has concerns about it, as you saw with (the Trans-Pacific Partnership in 2016), that could really delay consideration.”

One trade consultant says there’s another reason the U.S. might be in a hurry. It arose thousands of kilometres away this week in Beijing where, amid looming threats of a U.S.-China trade war, the two countries failed to reconcile their differences.

With this potential clash of economic titans approaching, Eric Miller said the U.S. trade team is short-staffed. That means Lighthizer’s team can’t afford to spend much more time focusing on Canada and Mexico.

”The push for a NAFTA deal is going to be there next week,” Miller said.

He said the U.S. will either accept modest changes and reach a deal, or let NAFTA sit unfinished for the year.

“Either way, it’s going to be a lot more China and a lot less North American on the U.S. agenda in the coming months.”