Members of the Canadian rock band are stakeholders in Up Cannabis, which plans to open an experiential "store within a store'' concept in Kingston, Ont. 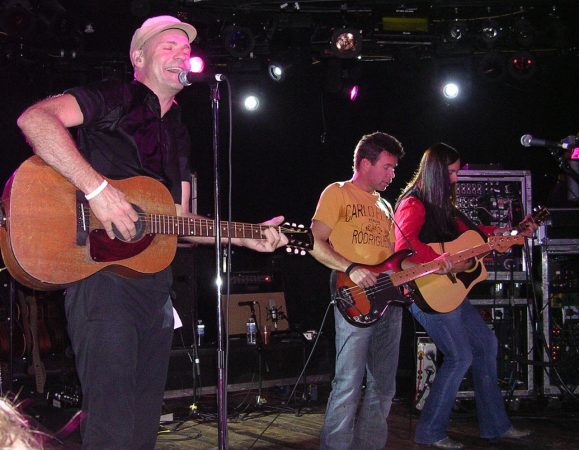 TORONTO – The Tragically-Hip backed pot producer Up Cannabis plans to have an “experiential hub” inside one of Ontario’s first legal recreational weed stores located in the band’s hometown of Kingston.

The cannabis company says its “store within a store” will be in a shop operated by Spirit Leaf Inc., which has signed an agreement with one of the lottery winners selected to apply for the initial 25 retail licences in Ontario.

The retailer already has Spiritleaf stores in Alberta and Saskatchewan and plans to open its first Ontario location in the heart of Kingston on April 1, when private cannabis retail shops are set to open across the province.

Members of the Canadian rock band are stakeholders in Newstrike Brands Ltd., the parent company of Up Cannabis, which recently entered into an investment agreement with Spirit Leaf’s parent company Inner Spirit Holdings.

Under the deal, both Newstrike and Inner Spirit acquired equity interests in each other and Up Cannabis products, or branded customer lounges or experiential hubs, will be featured in Spiritleaf stores as regulations allow.

In Ontario, a retail licence cannot be issued to a corporation if more than 9.9 per cent of it is owned by one or more licensed cannabis producers or their affiliates.