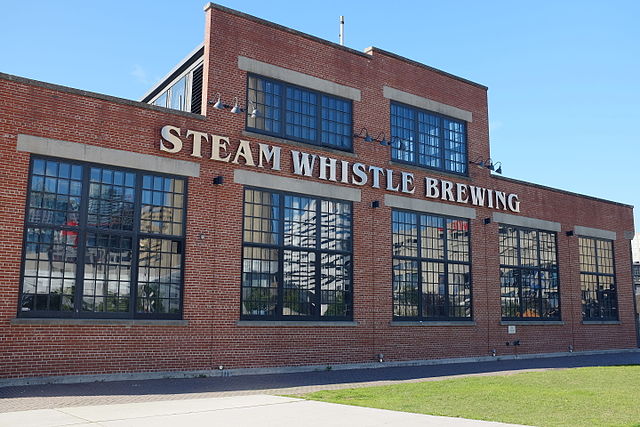 TORONTO—Steam Whistle Brewery is setting up a new shop in the Toronto suburbs.

The downtown Toronto brewer, which was founded in 2000, has grown into the country’s largest independent craft beer maker, but unlike many of its competitors it’s resisted the urge to add to its product lineup—until now.

With the opening of a new manufacturing plant in Etobicoke, Ont., Steam Whistle will add several new products to its lineup that has for years consisted solely of its signature pilsner. The company plans to invest $22.8 million in the facility and expects to create 100 new jobs.

Top company brass and a number of government officials were at the company’s Toronto facility last week to announce the expansion.

“This investment will not only help Steam Whistle increase production and efficiency, but enable us to build our capacity to enter new markets,” Cam Heaps, the company’s co-founder and CEO, said in a statement. “The craft brewing sector in Ontario has seen tremendous growth. We want to continue to lead the sector and remain competitive through our innovative brewing techniques and our novel approaches to producing great tasting, quality products.”

The Ontario government has committed $1.3 million to support the new site.

The suburban production plant will allow Steam Whistle to expand its product line beyond its pilsner. The brewing operation will first focus on a new brand of premium ale along with a non-alcoholic drink.

The company expected to complete the project by the beginning of 2024.