Three oilsands cleantech projects get $69.5M in funding to test on larger scale

Federal, provincial and industry funding aims to take projects at Cenovus, Field Upgrading and MEG Energy to the next level 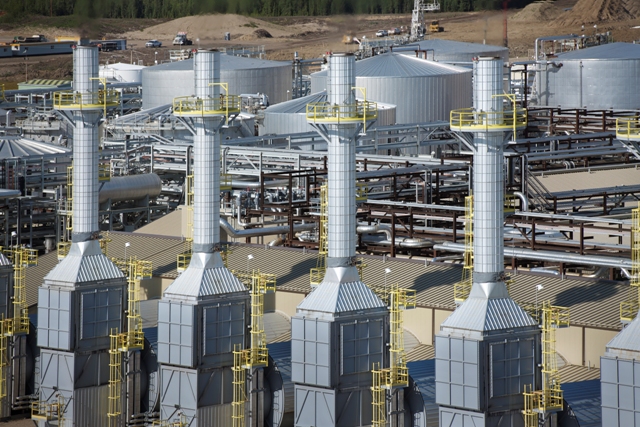 The Cenovus project will test a solvent-driven method for extracting oil at the company’s Foster Creek, Alta. site. PHOTO: Cenovus

CALGARY—Three oil and gas industry cleantech projects inching toward commercialization are getting $26.2 million from Ottawa and Alberta to test on a larger.

The government funding will spur a further $43.3 million investment from Cenovus Energy Inc., Field Upgrading Ltd. and MEG Energy Corp. as the Canadian energy companies work to reduce emissions in the carbon-intensive industry.

“Today’s announcement represents the potential for billions of dollars of economic impact and the reduction of millions of tonnes of GHG emissions once these projects reach commercialization,” said Laura Kilcrease, CEO of Alberta Innovates, a provincially-funded research and development corporation.

The funding aims to accelerate development of the three oilsands projects:

The Cenovus project will test a new technology that uses a steam-solvent mix to more efficiently extract oil from a steam-assisted gravity drainage well. The new process will rely largely the solvent (between 50 and 95 per cent of the mixture by weight) and aims to reduce the amount of water required in conventional SAGD. The company says the project could lower the steam-to-oil ratio and reduce energy and water treatment costs.

Field Upgrading, meanwhile, plans to carry out a front end engineering design (FEED) study that will serve as a building block for a new demonstration plant. The company is developing a technology known as De-Sulphurization & Upgrading (DSU) that removes sulphur and metals from heavy oils and refinery bottoms to produce marine fuel. Using a modular design, the plant would be capable of producing 2,500 barrels per day using less energy than conventional technologies.

The final cleantech project also focuses on a improving oilsands bitumen recovery while using less steam. In place of steam, MEG Energy’s eMVAPEX process uses a light hydrocarbon for injection after the initial SAGD process has been started and bitumen recovery reaches 20 or 30 per cent. The company estimates the new method could increase production by 70 per cent using the same amount of steam. Research has shown overall greenhouse gas emissions could be reduced as much as 43 per cent.