Despite decline, 88 per cent of new power generation spending went toward renewable sources in 2015, report finds 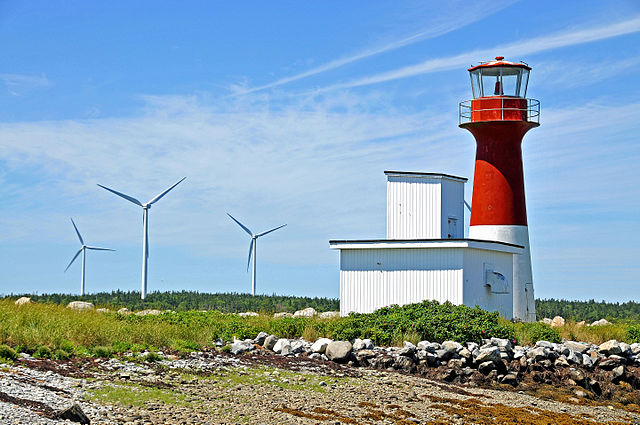 Atlantic Canada was one success story from the clean segment in 2015. Spending in the region rose 58 per cent to $1.2 billion. PHOTO: Dennis Jarvis, via Wikimedia Commons

VANCOUVER—Total Canadian investment in clean energy development dropped by $2 billion in 2015—good enough for the second-best year on record, but 15 per cent short of the $12 billion high-water mark set in 2014, according to a new Clean Energy Canada report.

Despite the notable change in tone from the federal and numerous provincial governments on climate change, investment dropped in Quebec, Ontario, B.C., and Alberta, while spiking in both Manitoba and Atlantic Canada. Though the drop in spending was largely attributable to existing clean energy expansions having run their course in Ontario and Quebec, the think tank, which is affiliated with Vancouver’s Simon Fraser University, said the slowdown in investment is “out of step” with clean investment trends in other leading countries.

“Canada’s clean energy spending dropped last year while it went up in countries that are our markets and competitors,” Merran Smith, the clean energy centre’s executive director said. “This is a pivotal time in Canada’s clean energy transition and the steps we take now now will have a huge bearing on how quickly we make that transition—and how much we’ll benefit from it.”

To get spending back on track, governments across Canada must hand down improved climate policies, the report says. While Ontario has already kick-started its next next wave of clean energy projects, Clean Energy Canada, said Saskatchewan’s and Alberta’s plans to respectively double and triple their renewable capacity by 2030 are among the “most promising” developments. The think tank also expects federal efforts to create a Canada-wide carbon price will have a significant impact over the next few years.

“We’re living in a new era of political resolve to tackle climate change. As Alberta and Saskatchewan add more clean power to their grids, and as Ottawa announces new measures that support electrification, spending on clean energy will likely grow again in the years ahead,” Smith added.

While the report argued for increased spending, it also noted Canada’s power generating industry has already made significant strides. 88 per cent of all new spending in 2015 was on renewable sources, for instance; a single natural gas plant was the only non-renewable generating station commissioned in Canada last year.

Meanwhile, even as Ontario clean investment declined 15 per cent, the province remained well ahead of other jurisdictions across the country, contributing $5.3 billion to the total $10 billion spent.