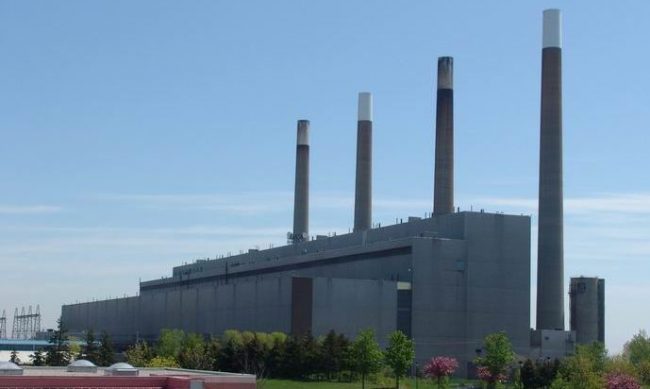 The power plant with its distinctive “four sisters” shortly before its destruction in 2006. PHOTO: Hmvh1/Wikimedia

MISSISSAUGA, Ont.—Ontario Power Generation has sold the site of a former coal plant on the Mississauga waterfront to a developer that plans to transform the land into a mixed-use community.

The Lakeview Generating Station operated on the industrial waterfront land for more than 40 years before it was decommissioned 2005. Its four giant smokestacks and adjoining buildings were demolished shortly after.

“This site is one of the largest undeveloped parcel of waterfront lands left in the GTHA and the fourth former OPG coal plant site to transition to a new, environmentally friendly use,” Jeff Lyash, OPG president and CEO, said in a statement.

A consortium of developers that have come together to form Lakeview Community Partners Ltd. will take control of the former industrial land, converting it to residential, commercial and park use. As part of the deal, the company will transfer 67 acres of the site to the City of Mississauga.

OPG said the proceeds from the sale will go to Ontario’s Trillium Trust, which funds transit and other infrastructure projects across the province.