June 6, 2016  by Joe McDonald And Bradley Klapper, The Associated Press 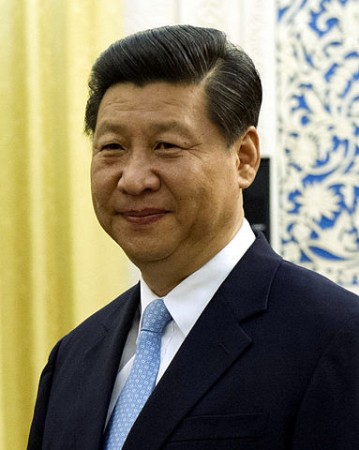 Chinese President Xi Jinping opened the U.S.-China talks with a speech but offered no new initiatives. PHOTO: Erin A. Kirk-Cuomo

BEIJING—U.S. envoys pressed China on June 6 to cut excess steel production that is flooding global markets and to reach a diplomatic settlement to territorial disputes in the South China Sea as the two sides opened a high-level dialogue.

The annual meeting of Cabinet-level foreign affairs, trade and other officials from both sides is meant to head off conflict. Officials acknowledged differences on an array of issues but repeatedly stressed their interest in amicable co-operation and pledged to work together to see the Paris agreement on curbing emissions of climate-changing gases ratified by the world’s governments.

The U.S. agenda includes pressing Beijing to move faster with plans to shrink a bloated steel industry that its trading partners complain is flooding their markets with unfairly cheap exports, hurting foreign producers and threatening jobs. Washington has responded by imposing anti-dumping tariffs on steel, and European officials say they have launched a trade investigation.

“Excess capacity has a distorting and damaging effect on global markets,” U.S. Treasury Secretary Jacob Lew said at the opening of the two-day event, “and implementing policies to substantially reduce production in a range of sectors suffering from overcapacity, including steel and aluminum, is critical to the function and stability of international markets.”

The annual Strategic & Economic Dialogue rarely produces agreements on major issues, but provides what officials on both sides say is a valuable setting to air disputes, clear up misunderstandings and share experiences.

This year’s event is led by Secretary of State John Kerry and Lew on the U.S. side, and Vice Premier Wang Yang and State Councilor Yang Jiechi on the Chinese side.

Beijing announced plans this year to slash the size of its state-owned steel and coal industries at a cost of millions of jobs. But plans for other bloated sectors, including aluminum, glass and solar panels, have yet to be announced.

U.S. officials also are pressing Beijing to ease market access for financial and other services, an area where foreign business groups complain that China is trying to shield its companies in violation of free trade commitments.

On the environment, envoys from both sides pledged to ensure the Paris agreement is ratified and to persuade other governments to put it into action.

Kerry described climate co-operation as “one of the strongest pillars of our relationship.” He expressed hope the same spirit of compromise could be infused into disagreements over maritime security and human rights.

North Korea’s missile and nuclear provocations and how to respond to them are another irritant in the relationship. Kerry said the two countries must stand together against Pyongyang as they did in clinching last year’s nuclear accord with Iran.

“It is absolutely vital to use this meeting … to work constructively on those differences,” Kerry said. He called this week’s dialogue an opportunity to “seek creative ways to narrow them, or eliminate them altogether.”

Amid deepening U.S. concern that China is militarizing the South China Sea, Kerry said he would “make it clear that we are looking for a peaceful resolution to the disputes.”

Beijing and neighbours including Vietnam and the Philippines have conflicting claims to portions of the sea and possible oil and gas resources. China’s military is building outposts on manmade islands to enforce its claims.

Beijing said over the weekend that it would ignore an upcoming international arbitration decision in a dispute with the Philippines. China also has conflicting claims with Taiwan, Indonesia, Vietnam and Brunei, who all want American help. Further complicating matters are reports that the Chinese may soon establish an air defence zone over part of the sea, which the U.S. opposes.

Xi warned against allowing diplomatic tensions to disrupt mutually beneficial trade and other relations. He acknowledged differences “are hardly unavoidable,” but called on Washington to help manage them in a “pragmatic and constructive fashion.”

“What is important is to refrain from taking differences as excuses for confrontation,” Xi said.