June 7, 2016  by Joe McDonald And Bradley Klapper, The Associated Press 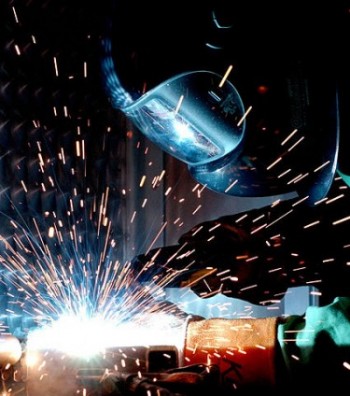 BEIJING—China promised June 7 to rein in steel production that is flooding global markets and to work with Washington to allow U.S. banks to transact business in the tightly-controlled yuan for the first time.

Envoys from the two sides, however, failed to agree on what to do about China’s aluminum producers—one of a series of bloated industries Washington and other trading partners complain are selling exports too cheaply, hurting foreign competitors and threatening jobs.

Delegates from the two countries met in Washington this week for a two-day annual Strategic & Economic Dialogue. Both sides acknowledged they still disagreed on significant issues including human rights, but they repeatedly stressed their desire for friendly, productive relations between the world’s two biggest economies.

“While efforts over the past several days cannot resolve our concerns, they do represent real progress,” U.S. Treasury Secretary Jacob Lew said at a joint announcement ceremony with Chinese officials.

For its part, Washington promised to boost its savings rate and investment, especially in infrastructure. The American side promised to pursue “fiscal sustainability,” a reference to narrowing its yawning budget deficits.

China’s steel industry and complaints that Beijing has responded to a glut of unneeded supply by encouraging low-priced exports is a source of growing tension with Washington and other trading partners.

The government announced plans this year to shrink state-owned steel and coal producers at a cost of millions of jobs. But that is expected to take time, and the flood of low-cost steel has prompted protests by European steelworkers and was cited by Tata in its decision to sell money-losing British operations that employ 20,000 people.

Washington has responded by imposing anti-dumping tariffs and launching an investigation into whether Chinese mills are using stolen U.S. technology. The European Union has launched its own probe into possible dumping.

Beijing promised to avoid policies that might encourage growth of steel production and to wind down financially moribund “zombie companies,” according to Lew. He said Chinese officials also agreed to co-operate with Washington in a possible global steel forum to discuss industry issues.

There was no indication, however, that Beijing would change the pace of its overhaul, highlighting the limited impact of U.S. pressure on basic Chinese policies.

On Monday, the Chinese finance minister, Lou Jiwei, said expectations that Beijing could abruptly transform the vast industry were unrealistic.

“To some extent, the worst is over,” said Tian Yuan, an economist for the China Institute for Strategy, a Beijing research centre. “With the central government’s efforts to further adjust the economic structure, leaning toward technological innovation, the progress in reducing excessive capacity will certainly continue.”

Beijing also agreed for the first time to allow U.S. banks to join the growing number of institutions outside China that are allowed to clear transactions denominated in the country’s tightly controlled currency, the yuan.

Beijing also affirmed that it saw no reason for a sustained weakening of the yuan against the dollar, Lew said. He said Chinese authorities promised not to engage in “competitive devaluations” or use the exchange rate to help China’s exporters.