Ford to invoke notwithstanding clause, bring back bill today to cut Toronto council

The notwithstanding clause has never been used in the province before 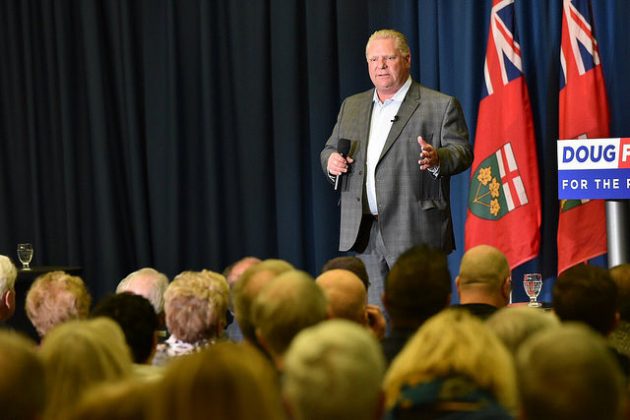 TORONTO – Ontario Premier Doug Ford is expected to recall the legislature today to reintroduce a bill that would slash Toronto city council nearly in half after a judge struck down the legislation earlier this week.

Ford vows to use a constitutional provision to override a court decision that found his plan to cut the size of the city’s council in the middle of an election violated candidates’ and voters’ freedom of expression rights.

The provision, known as the notwithstanding clause, has never been used in the province before and critics have condemned the move, saying the clause was not designed to deal with this kind of issue.

Toronto Mayor John Tory has said invoking the clause is a “gross overreach” of the province’s powers, adding city staff will advise councillors at a special meeting on Thursday how the municipality can proceed with the upcoming Oct. 22 election.

The premier, meanwhile, has also vowed to appeal the judgment, alleging the court was interfering with a democratically elected government.

Ford maintains cutting Toronto city council to 25 from 47 is necessary to streamline decision-making and save taxpayer money.