The race is on for the world's largest electric vehicle market. Ford's deal with Zotye Auto makes it the latest Western carmaker to set up EV production in China 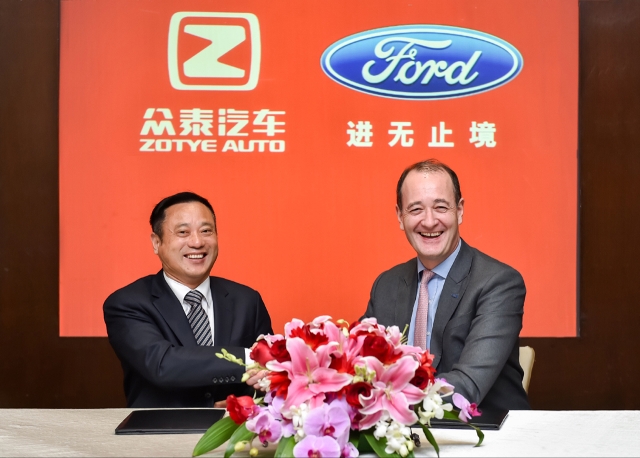 BEIJING—Ford Motor Co. announced Nov. 8 that it is launching a venture with a Chinese partner to develop electric vehicles for sale in China, the biggest market for the technology.

Zotye already has its own electric vehicle business and said sales in the first 10 months of this year were up 14 per cent over a year earlier, at 22,500.

Beijing has supported sales with subsidies and a planned quota system that would require automakers to produce electric cars or buy credits from companies that do.

Ford said it expects China’s market for all-electrics and hybrids to grow to annual sales of 6 million by 2025. The company said previously that it plans to offer electric versions of 70 per cent of its models sold in China by 2025.

Volvo Cars, owned by China’s Geely Holding, says it will produce electric cars in China for global sale starting in 2019.