The B.C. firm makes lithium-ion battery systems for hybrid and electric ships and is looking for growth in Europe as the marine industry cleans up its act 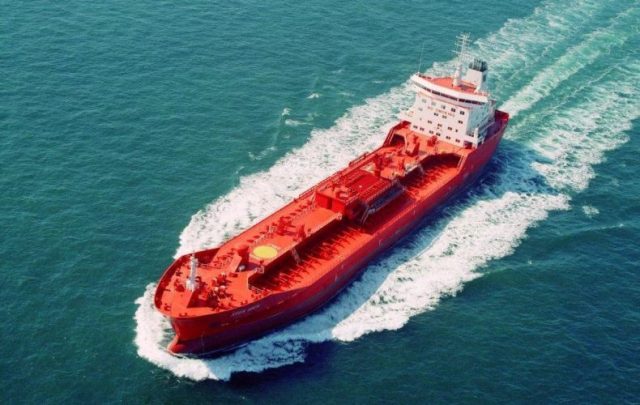 The company won a contract in February to build an energy storage system for a hybrid chemical tanker being built in Norway PHOTO: Corvus

The trade financier, which operates as an arms-length government organization, said June 22 it has awarded the company a $6.5 million contract financing credit facility.

The West Coast cleantech firm designs and builds energy storage systems for ships and has already put its lithium-ion batteries in a number of all-electric and hybrid vessels in Europe, including the world’s first fully-electric car ferry. Currently, 99 per cent of the company’s revenue comes from international contracts.

Andrew Morden, Corvus’ president and CEO, said the access to funding will give the company a jolt—just as the electrification of Europe’s maritime industry starts building momentum.

“This credit facility will allow Corvus to aggressively ramp up production to meet the growing demand for our technology which now leads the industry in project wins,” he said in a statement.

Along with ferries, other vessels are also increasingly turning to cleaner propulsion systems. Corvus won a contract in February to build an energy storage system for a hybrid chemical tanker being built in Norway.