Just 27 per cent of economists polled in September said NAFTA renegotiations will likely harm the U.S. economy. Nearly half of economists now predict negative fallout from the talks 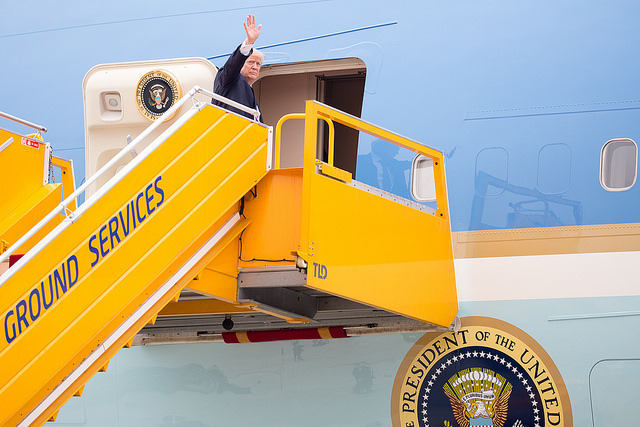 The president has touted the tax cuts as the largest in U.S. history, though analysis has shown this claim to be false, with at least five previous cuts to be more significant. PHOTO: Shealah Craighead/The White House

WASHINGTON—Economists expect a tax overhaul to provide a modest boost to the U.S. economy but are increasingly worried that a rewrite of the North American Free Trade Agreement will take a toll on growth.

The National Association of Business Economics survey found that forecasters expect tax law changes to add 0.2 percentage points of growth to the U.S. economy, down slightly from what they expected in the previous NABE survey in September. The survey was taken Nov. 6-15, before the Senate passed a major tax overhaul early Nov. 2.

Forty-six per cent of 51 panelists believe the renegotiation of NAFTA will do at least some damage to the American economy, up from 27 per cent in September. NAFTA has expanded trade between the United States, Mexico and Canada, but President Donald Trump calls it a job-killing disaster and is demanding a better deal.

Talks to revamp NAFTA began in August but have bogged down over the United States’ demands, including its insistence a new deal bring down America’s trade deficits and guarantee that more auto production moves to America.

The NABE economists expect the U.S. economy to expand 2.2 per cent this year and 2.5 per cent in 2018. They expect unemployment to match October’s 4.1 per cent throughout the first half of 2018, and then slip to 4 per cent in the second half.

They also expect inflation to remain below the Federal Reserve’s 2 per cent target next year. But they still expect the Fed, which has already raised interest rates twice this year, to raise rates again in December and to approve three more hikes in 2018.