British firms that rely on the Montreal-based company's consulting services can continue to do so, says CGI Group's CEO 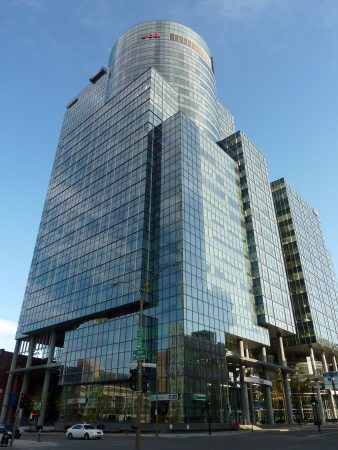 MONTREAL – Turmoil around Brexit and a potential economic slowdown present challenges that could work in favour of CGI Group Inc., its CEO says.

The United Kingdom’s impending withdrawal from the European Union and a sputtering global economy mean governments and companies will be looking to double down on efficiency, George Schindler said Wednesday.

“When there is change, there is a need for assistance. And in today’s world, any assistance is going to require IT,” said the head of the information technology consultancy in an interview.

A soft exit could see the U.K. effectively remain in the EU single market and customs union after the March 29 exit date, while a hard exit would mean giving up full access both.

“If they were to separate from European customs, obviously, there are a lot system changes that would have to happen. If they decide to negotiate a deal to stay, there are some systems that would need to change,” Schindler said.

British firms that rely on the Montreal-based company’s technology and business consulting services could continue to do so easily, Schindler suggested, even if some bases of operation move to the Continent.

“I am not commenting whether Brexit is good, Brexit is bad,” he added.

Chairman Serge Godin, who founded the company in 1976, said CGI has tended to develop more swiftly in times of economic uncertainty.

“Companies are going to reduce their costs. We have probably around 50 per cent of our revenues coming from outsourcing contracts. So it means that when you have that kind of situation, we are becoming a solution for organisations,” Godin said in an interview.

The U.S. government shutdown, which started Dec. 22 and continued for 35 days, had a glancing impact on revenues that will become more apparent in the current quarter, Schindler said. He told The Canadian Press that “maybe five per cent of the work is impacted.”

CGI reported a profit of $311.5 million in its latest quarter, up from $285.3 million in the same quarter a year earlier.

The results came ahead of the company’s annual meeting later Wednesday.

Revenue for the first quarter totalled $2.96 billion, up from nearly $2.82 billion.

Analysts on average had expected a profit of $1.11 per share for the quarter, according to Thomson Reuters Eikon.

–With files from Julien Arsenault