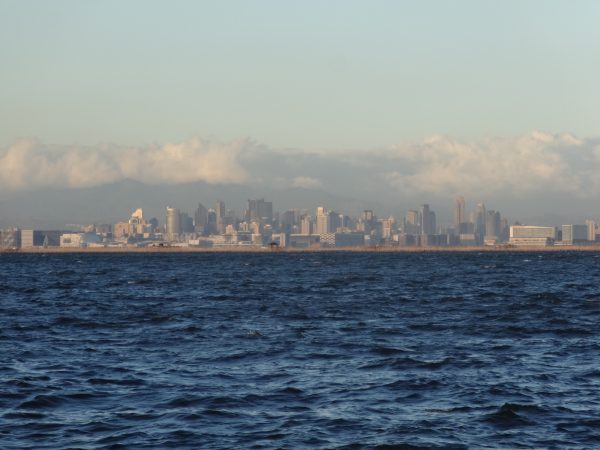 OTTAWA – More than 100 community and environment groups in the Philippines are pleading with Prime Minister Justin Trudeau to take out Canada’s trash.

Under the banner EcoWaste Coalition, the groups wrote a letter to Trudeau on Wednesday asking him to make good on a promise he made when he visited Manila in November 2017 to finally address more than two million kilograms of Canadian household and electronic waste rotting in two Filipino ports for nearly six years.

In 2013 and 2014, a total of 103 shipping containers from Canada labelled as plastics arrived in the Philippines for recycling, but Filipino customs inspectors determined the containers were actually filled with debris from Canadian trash bins.

Filipino inspectors uncovered mounds of adult diapers, soiled papers, electronic equipment and assorted household waste in the bins, none of which could be recycled.

The garbage has sat in limbo ever since.

“The scandal has dragged on for five years without resolution, despite promises from the Canadian government to address the problem, including public statements made by yourself as prime minister,” wrote Aileen Lucero, co-ordinator for the EcoWaste Coalition.

She noted that South Korea took back more than 50 containers of garbage after they were mistakenly shipped to the Philippines last year and Canada’s refusal to do the same has not gone unnoticed.

“The stark contrast between South Korea’s actions and Canada’s indifference to its dumped waste has captured public attention and stoked anger at what is viewed as both disrespectful and illegal conduct by Canada,” she said in the letter.

When Filipino officials first approached the federal government about the garbage in March 2014, Canada’s response was to try to get the Philippines to agree to dispose of it there.

In November 2015, Trudeau visited Manila for the Asia-Pacific Economic Co-operation leaders’ summit just weeks after he became prime minister. He said he was aware of the problem, but that Canada had no legal authority to force the company who shipped the containers to take them back.

In June 2016, a Filipino judge ordered the bins sent back to Canada and said his country was not the world’s “trash bin.”

Trudeau returned to Manila in November 2017 for a summit of southeast Asian countries, and said then he felt Canada was working very hard on a solution and that it was “theoretically” possible for Canada to take back the trash.

A year after that, a working group of Filipino and Canadian officials met for the first time in Manila but nothing has yet come of that meeting.

Guillaume Berube, a spokesman for Global Affairs Canada, said Canada is aware of the 2016 court decision and all the issues are being examined by the working group.

“We are committed to working collaboratively to ensure the material is processed in an environmentally responsible way,” he said.

Canada is a signatory to the Basel Convention, which requires developed countries to only ship hazardous waste to the developing world with the consent of the importing country. Lucero said Canada likes to say it fully complies with the convention, but these shipments contravene the international agreement.

Lucero also says Canada is one of two dozen countries that have refused to endorse an amendment to the convention that would bar shipments of hazardous waste altogether.


Related Stories
Canada vows to dispose of its rotting trash sitting in Philippines port
Forget peak oil, worry about ‘peak trash’
PM Trudeau and President Trump have their first chat
World’s plastic waste could bury all of Manhattan in two miles of trash