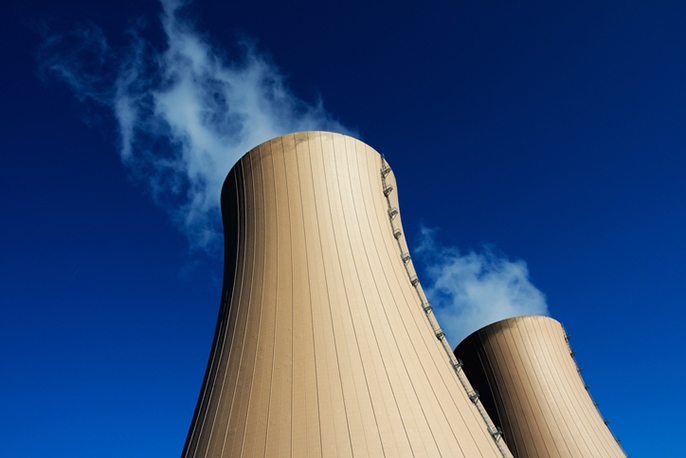 COLUMBIA, S.C.—Billions of dollars spent on two new nuclear reactors in South Carolina went up in smoke July 31 when the owners nixed plans to finish them after years of delays and cost overruns, dealing a severe blow to the industry’s future.

The reactors were set to be among the first built in the U.S. in decades. While the decision will save customers billions in additional costs, customers of the two utilities—Santee Cooper and South Carolina Electric & Gas—may get little to nothing refunded of the billions they’ve already paid for the now-abandoned project.

“I’m disappointed today not just for Santee Cooper and its customers but for our country and the industry as a whole,” said Santee Cooper CEO Lonnie Carter. “If you really believe we need to reduce carbon, this was the way to do it.”

Energy demands are far less than the utility’s pre-Great Recession projections that factored into the initial decision to build.

But Monday’s decision may eventually result in the utility putting a coal-fired unit idled earlier this year back in operation. Another option for supplying power needs in the decades to come include building a natural gas unit.

“Absolutely, this pushes us back to more carbon, whether it’s natural gas or coal,” Carter said.

Santee Cooper’s board said the decision to end construction will save customers an estimated $7 billion. The utility had already spent about $5 billion for its 45 per cent share of the project, and completing it would have cost an additional $8 billion, plus $3.4 billion in interest.

“I’m not celebrating,” said Tom Clements of Friends of the Earth, which has questioned the project from the outset. “This is a sad day for South Carolina. So much money has been wasted. Ratepayers are losers any way you take it.”

He said the group will work to “get to the bottom line of how this happened, who’s responsible” and what that means for customers.

The project has been shrouded in doubt since earlier this year, when primary contractor Westinghouse filed for bankruptcy protection.

The utilities have since determined the project likely wouldn’t have been finished until 2024. Under a timeline adopted in 2012, the first reactor was supposed to be operational earlier this year. Westinghouse hasn’t been forthright since, according to Santee Cooper.

Under the approved Santee Cooper resolution, all work will end within six months. How quickly within that timeframe workers at the site will lose their jobs is uncertain.

About 5,000 people are employed at the site by contractors and subcontractors. SCE&G employs an additional 600 workers for the project, according to the utility.

The utilities announced last week that Westinghouse’s parent company, Toshiba Corp., agreed to jointly pay them $2.2 billion regardless of whether the reactors are ever completed.

Santee Cooper will use its $1 billion share from Toshiba—to be collected between October and 2022—to lower customers’ future costs, Carter said. But it’s unclear if that will translate to lower bills. Rates are rising due to environmental projects, and the money could offset either those costs or debt, Carter said.

SCE&G will use the money to ensure customers see no increase in their bills for at least the next several years, SCANA CEO Kevin Marsh told investors Monday afternoon.

But another unknown is whether Toshiba will actually pay. In May, the Tokyo-based company projected a 1.01 trillion yen ($9.2 billion) loss for the fiscal year that ended in March.

The reactors were planned for the V.C. Summer Nuclear Station north of Columbia. Construction contracts with Westinghouse were signed in 2008, and the project was so far about one-third completed.

Environmental groups have called on state regulators to order SCE&G to abandon the projects. They also want customers to be refunded at least some of the billions they’d paid upfront through rates that have increased yearly since 2009. A hearing on that request is set for October.

A 2007 state law allows electric utilities to collect money from customers to finance a project before it generates power. Construction now accounts for 18 per cent of the electric bills of SCE&G’s residential customers.

Santee Cooper has increased rates five times to pay for the escalating costs. But the Public Service Commission has no authority over the state-owned utility.

Whether the commission can order the utility to refund customers and how much are matters of debate. That could require proof the utility gave regulators faulty information.

Last month, Toshiba agreed to pay $3.7 billion toward two nuclear reactors in Georgia that also were being built by Westinghouse.