Amazon raising minimum wage for U.S. workers to $15 per hour

Amazon, which has 575,000 employees globally, will pay U.S. workers $15 per hour starting next month 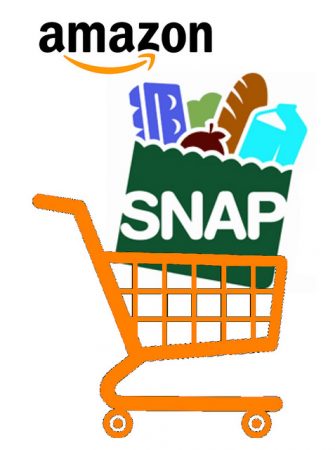 SEATTLE – Amazon is boosting its minimum wage for all U.S. workers to $15 per hour starting next month.

The company said Tuesday that the wage hike will benefit more than 350,000 workers, which includes full-time, part-time, temporary and seasonal positions. Employees at Whole Foods, which Amazon now owns, will get the same pay hike. Amazon’s hourly operations and customer service employees, some who already make $15 per hour, will also see a wage increase, the Seattle-based company said.

Amazon has more than 575,000 employees globally.

Pay for workers at Amazon can vary by location. Starting pay is $10 an hour at a warehouse in Austin, Texas, and $13.50 an hour in Robbinsville, New Jersey. The median pay for an Amazon employee last year was $28,446, according to government filings, which includes full-time, part-time and temporary workers.

Amazon is facing criticism from labour rights groups and others over pay and working conditions at its warehouses. One of its harshest critics is U.S. Senator Bernie Sanders. His Twitter account, which has nearly 9 million followers, frequently points out the disparity between Amazon’s median employee pay and the vast fortune of CEO Jeff Bezos.

The company this summer said that it would begin to pay workers to be “ambassadors” and tweet full-time about how satisfied they were at their jobs.

Amazon has revolutionized how people shop online and is the world’s dominant internet retailer. In two decades the company expanded far beyond its bookseller beginnings, combining its world-spanning retail operation with less flashy but very profitable advertising and cloud computing businesses. Last month it became the second publicly traded company to be worth $1 trillion, hot on the heels of Apple.

But it shares one potential hurdle that is growing higher for almost all employers: a tightening labour market.

The last hiring figures from the U.S. Commerce Department showed that in August, the pace of hiring rose again and wages grew at their fastest pace in nine years.

Competition among companies for qualified workers is growing more intense, and they are increasingly willing to pay.

Last fall Target committed to giving its employees $15 per hour by the end of 2020. And in January Walmart raised its starting wages to $11 per hour.

But corporate profits in the U.S. are booming, and that wealth isn’t being spread out nearly fast enough for many.

On Tuesday, fast food workers in Michigan are going to kick off a series of protests in the Midwest and elsewhere around the country in support of unions and a $15 minimum age.

Neil Saunders, managing director of GlobalData Retail, said Tuesday that while Amazon’s wage hike is a politically savvy move, it’s also a change made out of economic necessity. With a healthy U.S. economy, Americans looking for work have an increasing number of job options, so Amazon has to find ways to entice people to join its company.

Amazon said its public policy team will start pushing for an increase in the U.S. federal minimum wage of $7.25 per hour.

“We intend to advocate for a minimum wage increase that will have a profound impact on the lives of tens of millions of people and families across this country,” Jay Carney, senior vice-president of Amazon global corporate affairs, said in a statement.

Amazon is also increasing wages in some areas outside the U.S. The company announced that the minimum wage will be 10.50 pounds an hour in London and 9.50 pounds in other parts of the UK. The increases will include 17,000 Amazon employees as well as 20,000 seasonal workers.