Proponents say CPP should pay more in benefits and help those who aren't saving enough, while its opponents worry it will hit workers' wallets when the economy is fragile 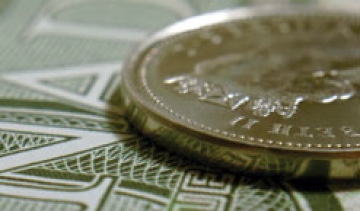 A new paper from the C.D. Howe Institute says expanding the CPP would be a risky gamble for retiring Canadians.

OTTAWA—Finance Minister Bill Morneau meets his provincial and territorial counterparts in Vancouver on June 20 and one of the key agenda items is going to be the federal Liberals’ wish to expand the Canada Pension Plan.

Here are five things to know about the CPP and the politics around it:

1. The system is designed so that each generation of workers pays for its own retirement. That makes it different from two other income replacement programs for seniors and retirees: old age security (OAS) and the guaranteed income supplement (GIS). Those measures are covered through general tax revenues, meaning that workers today pay taxes to raise the incomes of poorer seniors. Any decisions on the future of the CPP would have a greater effect on younger workers than older workers. Will they pay attention?

2. CPP premiums have only been raised once in the last 20 years. In 1997, finance ministers agreed to a phased-in increase in premiums to ensure one generation of workers wasn’t paying for another generation’s retirement. The argument today is that the CPP should pay more in benefits and help those who aren’t saving enough for retirement. The argument against raising premiums is that it would hit workers’ wallets at a time when governments keep saying the economy is fragile.

4. Not every province has to have the CPP. Quebec has its own version. Saskatchewan has its own pension plan, but the payments are voluntary, acting more like a RRSP. Ontario’s proposed pension plan will be mandatory, unlike Saskatchewan’s, but it is aimed at workers without a private pension, meaning it isn’t universal like the QPP. Could other provinces follow suit in the absence of a deal on CPP? And would the federal government help them along? If the answer to both is yes, it could let everyone claim a political win and move off the political hot seat for now.

5. Changing parts of CPP is more difficult than changing the Constitution. Like the constitutional amending formula, seven out of 10 provinces have to agree to any changes. But a constitutional amendment requires that those seven represent at least half the country’s population. The CPP bar is set at two-thirds of the population. Saskatchewan has already signalled it isn’t interested in a rate increase, but its population is so small—about three per cent of the total—that the federal government won’t worry if they are offside. Ontario is different. It has more than a third of the population, giving it an unofficial veto. The federal government needs Ontario’s help on changes, giving it a strong political voice in talks.