There is a chance that corporations and investors might have to take the hit in the short-term, but in the long run it will pay off. 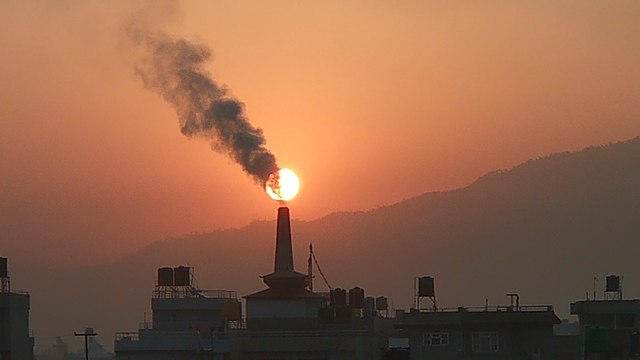 Climate change is widely recognized as one of the most profound challenges ever to face the human race and life on Earth. Among the different factors identified by climate scientists, greenhouse gas emissions — which have doubled since 1990 — are the main contributors to global climate change.

As significant contributors to the climate crisis, carbon-emitting companies are under increasing regulatory and social pressure to reduce their carbon footprints. Long-term climate change results can only be achieved by identifying why certain firms are still emitting such high amounts of greenhouse gases and addressing those underlying causes.

As a society, we are prone to reactionary, not preventative, approaches when it comes to addressing the environmental harms done by corporations. The Canadian federal government’s proposed tax credit for investing in carbon capture, storage and removal is one recent reactionary example. If we want to meet our climate goals, we need to use more preventative approaches.

In a recently published paper, my colleagues and I examined whether a CEO’s risk aversion influenced corporate carbon emissions. Risk aversion is the extent to which CEOs “play it safe” when it comes to decision-making. A risk-averse CEO, for example, will not make risky investments — even if those investments have the potential to be profitable in the long term.

Our research confirmed our initial hypothesis that risk-averse CEOs were more likely to lead firms with higher carbon emissions. They were unwilling to take the bold steps necessary to invest in greener projects to reduce their carbon footprints. Instead, they usually made immoral, yet rational, decisions that prioritized profit over sustainability.

Ultimately, bold and risk-seeking CEOs are the ones responsible for the drastic changes needed to reduce corporate emissions. For example, Maple Leaf Foods president and CEO Michael McCain made the bold move take his company carbon neutral in 2019. Other CEOs should follow suit.

CEOs are the strategic leaders of corporations and, often, their pay is the only leverage their companies have on them. Because of this, one of the most effective ways to reduce a firm’s carbon footprint over the long run is to entice CEOs with monetary compensation.

While there may be short-term repercussions for investing in carbon footprint reductions, such as lower profitability, cash depletion or increased debt, this should not impact CEO pay. Instead of punishing CEOs for implementing environmentally friendly policies, they should be compensated.

There is a chance that corporations and investors might have to take the hit in the short-term, but in the long run it will pay off. Consumers share the same environment as corporations, which means that doing right by the environment results in buy-in from sustainability minded consumers — now the majority of the consumer base.

Similarly, CEOs should be penalized for not achieving certain carbon reduction goals. Naysayers may state that some of those carbon emissions are not within the control of the CEO and they cannot change it overnight. While this is correct, CEOs can still take steps to lower emissions in the long run, without pay cuts and job losses.

Our findings illustrate that not only are overly risk-averse CEOs hesitant to take steps to reduce carbon emissions, but that carbon-emitting firms use greenwashing to cover up their environmental harms. Greenwashing corporations have large carbon footprints but portray themselves as environmentally friendly to investors.

To effectively reduce carbon emissions, CEOs and their companies must take bold, risky steps, like divesting from current profitable ventures that have higher carbon emissions, in favour of investing in green technology, which may or may not succeed.

Policy-makers at all levels of government, industry regulators and institutional investors like the Ontario Teachers’ Pension Plan must team up and mandate that corporations provide CEOs with financial compensation for reducing carbon footprints. CEOs will listen carefully when their bread and butter is at stake.