Swift handles around 40 million payment messages each day. If we assume that without such a messaging system, each payment would take a bank clerk a few hours to process, the saving might be about US$100 per transaction. 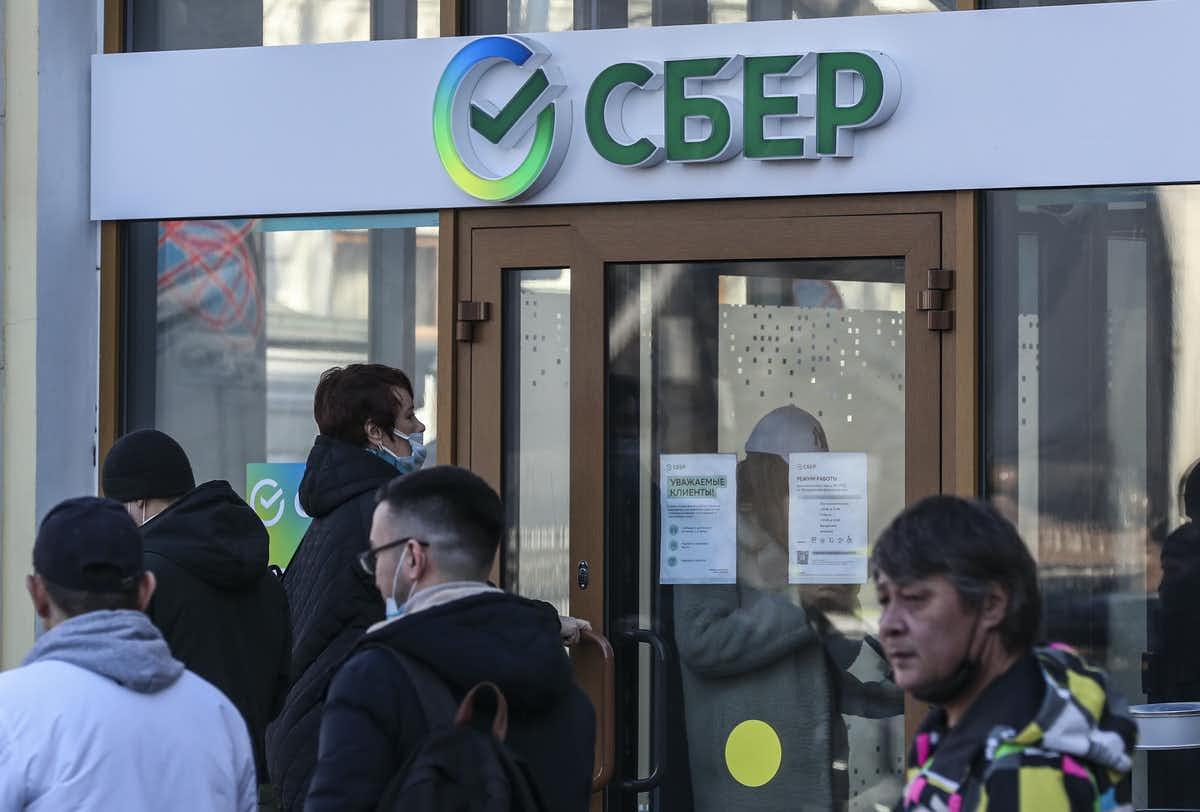 Russia’s invasion of Ukraine is horrifying. Western leaders, fearing a broader war, are responding primarily with economic sanctions. A prominent economic sanction has been Russia’s exclusion from the international payments messaging system Swift, presented as a powerful means of undermining its economy.

But for a payments expert such as myself, this is something of a myth. Yes, Swift messaging systems are a critical part of international economic activity. They provide extremely secure communications, developed over five decades, dovetailing with the many and varied operations of commercial banks in international transactions. Swift systems would also be a prime target in any cyberwarfare, though thankfully they are well defended.

The reality, however, is that limiting access to Swift is less practically effective than most media coverage supposes. It is an important symbol of global repudiation of Russia’s exercise of military force, but not much more. It is other measures, such as blocking the central bank of the Russian Federation from transacting internationally, which is undermining confidence in the rouble.

To understand the limited practical effect of ejection from Swift, it’s worth looking at Iran. The US has applied and periodically reinforced trade prohibitions against Iran ever since 1987. This culminated in Barack Obama’s executive order in February 2011 to freeze all the US assets of Iran’s government, central bank and financial institutions. Iranian banks were ejected from Swift only later, in March 2012. This was only supplementary to direct restrictions on Iranian businesses and financial intermediaries.

Iranian banks could and did still arrange payments in and out of Iran, using banks in third countries that were willing to take a margin on these transactions. That was never easy, with the US authorities imposing fines totalling nearly US$5 billion (£3.7 billion) on European banks for providing this service to Iran. Exclusion from Swift did not prevent them from doing this.

So what is Swift for exactly?

Swift was founded in 1973 to provide secure messaging for international payments. It is a Belgian member-owned co-operative, with around 11,000 member banks from 200 countries and territories. It provides messaging systems for instructing and then monitoring interbank payments and trade finance, integrated into banks’ processing systems worldwide.

The acronym is apposite, since speed is an important part of payments, but its origins are reflected in the rather archaic full version, Society for Worldwide Interbank Financial Telecommunication. Nowadays, of course, these communications are internet-based.

Today, Swift handles around 40 million payment messages each day. If we assume that without such a messaging system, each payment would take a bank clerk a few hours to process, the saving might be about US$100 per transaction. This would mean that Swift adds value of around US$4 billion per day or US$1 trillion per year to the global economy.

The key point is that Swift does messages and their supporting technology and standards; it has no role in payment execution. Suppose a London bank wants to send funds to a bank in Moscow. It may use Swift messaging to communicate the payment, but not to execute it. The actual execution can be done in various ways: using roubles held as a pre-existing balance with the bank in Russia; or acquiring roubles from sale of either sterling in the foreign exchange market, or of rouble assets such as Russian government bonds.

None of this depends on Swift. There is no fundamental problem with transferring funds using some other secure messaging system. Russian banks might, for example, instead arrange payments using the SPFS system, which was established after the 2014 invasion of Crimea by the Russian central bank. This is currently used by a handful of international banks in Germany and Switzerland linked to Russian banks.

Or they could use the CIPS network, which was created by the People’s Bank of China for the purpose of cross-border payments in renminbi with indirect participants in many countries. They could even use WhatsApp to instruct the necessary transactions.

Payments for Russian energy exports, for example to Gazprom, are even less Swift-dependent. When operators buy oil or gas from Gazprom, they make payments in either euro or US dollars into bank accounts held by the Russian energy company. So if the intention of sanctions is to block payments for Russian gas, the tool is not Swift; it is sanctions on Gazprom and its banking facilities.

None of this is to say that there will be no economic impact in ejecting Russian banks from Swift. It will affect lower value payments, such as those in small business supply chains, because Swift makes payments processing so cheap and easy. When you multiply the saving across many thousands of payments, it clearly adds up, but it’s nowhere close to a game-changer.

The uncomfortable fact remains that economic sanctions, if they are to be more than symbolic, necessarily impose costs on both sides and might have to be imposed for a long time. Russia has spent a decade preparing for the current war and any consequent economic sanctions.

It has invested hugely in its military alongside brutal repression of domestic political discussion to eliminate opposition to war. Its military operations are not dependent on either external financing or external supplies. It has restructured its economy, at substantial cost in terms of standards of living, turning itself from a major food importer to a net food exporter and reorientating much of its trade, for example to India and Egypt.

Financial and economic pressures on the Russian economy are now mounting rapidly. Above all, these will be impacting the Russian middle classes as the rouble crashes and interest rates shoot up. Other more targeted sanctions are hitting wealthy Russian individuals.

It is conceivable that all this could lead to a rapid collapse of the Putin autocracy, but we should not engage in wishful thinking. Wide-ranging economic sanctions on Russia may be needed for a lengthy period of time. Ejection from Swift is a symbol of these efforts, not a powerful economic tool that can constrain Russia’s actions in Ukraine at little cost to ourselves.

This article is republished from The Conversation under a Creative Commons license. Read the original article .