Save the trees: Never-ending construction in cities threatens the urban forest 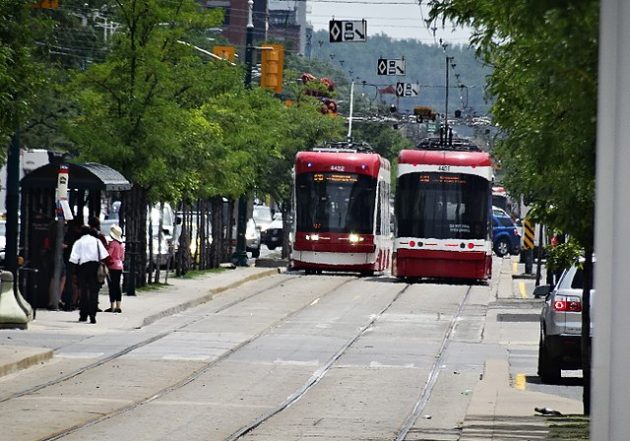 City trees are important: they purify the air, reduce heat islands, help regulate the water cycle and provide immense health benefits. Yet unbridled development threatens the survival of the urban forest and the full range of ecosystem services it provides.

The magnitude of these services is closely linked to the importance of the canopy, which is the area covered by treetops. It is generally characterized by an index that relates the sector covered by the tops to the total size of an area.

A recent study of the natural canopy in the areas covering Québec City, Beaupré, l’Île d’Orléans, Lévis and other communities along the St. Lawrence River found it generates more than $1.1 billion in annual benefits.

Water supply, flood reduction, air quality improvement and carbon sequestration were among the ecosystem services — the benefits people derive from the ecosystem — that were considered. In this context, several major cities have set ambitious canopy expansion targets.

However, these objectives face several significant challenges. Residential construction and the development and renovation of infrastructure tend to reduce the urban canopy. Part of this reduction is directly related to the space occupied by the infrastructure, while another part is the result of damage to trees during installation.

As a forest engineer and professor of silviculture and urban forestry, my research investigates the stability of trees against wind in natural, urban and rural environments. I was interested in the effect of species, soil type and apparent defects on the resistance to stem breakage and uprooting.

Construction in a wooded environment brings about general changes in the trees’ growing environment. By opening the canopy, trees become exposed to stronger winds, which increases their need for water and can compromise their stability.

During construction in a wooded environment, surfaces may become impermeable. This reduces water flow into the soil and promotes water runoff. In combination, these two factors can lead to water stress and eventually trees dying a few years after construction.

Construction near existing trees can cause direct damage to the aerial part of the tree, which is quite easily visible. Damage to the root system will be much more subtle but can have more important consequences.

Roots play many roles including the accumulation of reserves, anchoring to the ground and the removal of water and nutrients. Damage to the roots will affect their ability to perform these various functions, with consequences on the general functioning of the tree.

Construction work near trees often involves excavation that damages part of the root system. Studies have found that cutting the roots can reduce resistance to uprooting — this effect may persist for several years after the initial damage.

The magnitude of the effect is related to the amount of root loss, which is a function of distance from the trunk. Although root extension may extend beyond the space below the crown, it is generally considered that the most important part is in this area. The effect of root cutting on tree stability will also depend on the configuration of the root system.

The difficulty for the tree to replenish its water reserves following root damage can lead to the closure of stomata, the pores that control gas exchange during photosynthesis. This closure can then lead to a reduction in growth. Following root destruction, the tree redirects the products of photosynthesis to rebuild the root system at the expense of the growth of the aerial part of the tree.

In some cases, the effects on growth and mortality will be limited, but severely damaged trees will take time to recover, which may make them more vulnerable to other stresses. When root loss is too great, the tree will decline over several years and eventually die. When the root system is able to rebuild itself, growth can resume its normal rhythm. Recovery is more likely when the trench is temporary and a material conducive to root development is put back in place at the end of the work.

Soil compaction by machinery or the addition of soil above the original level can change the aeration of the soil and its water conditions. The diffusion of air to the roots and the diffusion of CO2 produced by root respiration will then be reduced, thus hindering their proper functioning.

However, the effect of soil enhancement will depend on the thickness and nature of the soil added. The installation of underground aeration systems has often been recommended for large soil additions but studies on their effectiveness are inconclusive.

Reducing the impacts of construction requires protective measures to be planned in advance, and close supervision of the construction site. Several standards and guides exist, but their recommendations sometimes diverge. Those measures are often based on a limited number of well-documented studies. Additional research efforts are still needed to validate them and propose new ones.