A food tax’s chances of survival are based on the ability of political interests to create a successful narrative surrounding the policy’s purpose. 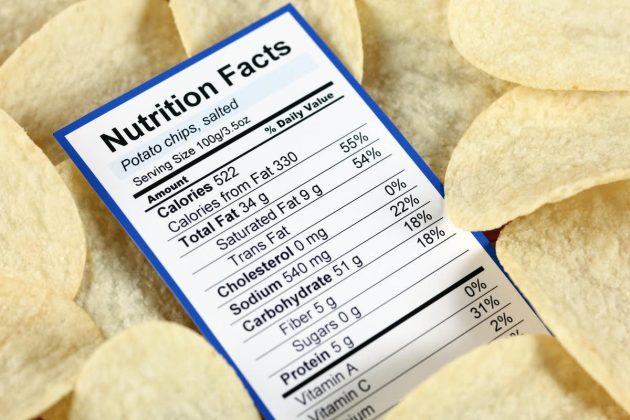 Denmark’s 2.3 per cent tax on foods high in saturated fat faced backlash after its introduction in October 2011, and was repealed in November 2012. (Shutterstock)

It’s easy to assume that public health measures, such as taxing unhealthy foods, are most successful when they are based on the best available evidence. However, research suggests that evidence-based policy-making doesn’t always dictate public response. Researchers have also noted tensions between different types of evidence when establishing the legitimacy of a policy.

We study taxes placed on foods that are deemed unhealthy, and find scientific evidence has not dominated the debates over the legitimacy of these measures. Instead, a food tax’s chances of survival are based on the ability of political interests to create a successful narrative surrounding the policy’s purpose.

A tale of two taxes

What shaped public discussion and controversy over food taxes in Denmark and Ireland? In both these countries, the success or failure of the tax depends on two factors. First, how sympathetic were potential “winners and losers” under the tax? Second, did previous policies provide a template for the public to understand and potentially accept the tax?

A short-lived fat tax in Denmark

Denmark’s “fat tax” has been described as a failure due to its quick repeal. The 2.3 per cent tax on foods high in saturated fats was adopted with the goal of addressing Denmark’s obesity rates and lifestyle-related illnesses. However, it faced backlash after its introduction in October 2011 and was repealed in November 2012.

Denmark made the decision to adopt the fat tax based on a recommendation from expert committees studying the “obesity crisis.” Experts indicated that a tax on fats would potentially have positive effects on public health. They also raised concerns about the impact on low-income groups. However, the limited expert support for this policy was not a central point of discussion in the media narratives.

Although Denmark has historically had high taxes on certain food products to generate revenue, these taxes were not framed as health policies. The public was unfamiliar with both the idea of a health tax, and paying more for the goods the fat tax targeted. This meant the media narrative focused on the tax’s negative impacts on consumers and industry rather than its health implications.

The fat tax primarily targeted the meat and dairy industries in Denmark. Industry stakeholders argued that the tax would severely impact jobs, low-income households or push consumers to buy groceries outside of Denmark. The media narrative pointed to the tax targeting dietary staples, which made common purchases more expensive.

The dominant media narrative was that the fat tax was harmful to Denmark’s economy, essential industries and families. There were experts that supported or critiqued the public health evidence behind the tax. However, the primary reasons for backlash against the tax were unrelated to scientific evidence. Instead, they were centred on the social and economic impacts on Danes.

A stable sugar tax in Ireland

Ireland’s sugar-sweetened drinks tax was implemented as an effort to address what experts identified as a childhood obesity crisis. It was backed by the Royal College of Physicians of Ireland and the Irish Heart Foundation. While the expert support for a health tax was stronger in Ireland than it was in Denmark, the construction of a sympathetic narrative in support of the sugar tax did not rest on the quality of evidence.

At that time, Coca-Cola was under fire in the media for its advertising campaigns said to be targeting children during an obesity epidemic. The Irish media compared this to tobacco companies, as both “industries sell a product that is associated with a major public health risk” and sometimes advertise to vulnerable populations. Ireland had previously established a tobacco tax to curb consumption, so the concept of a health tax was familiar, but also sympathetic as it could benefit children.

The design of the tax was also familiar because of Ireland’s existing value-added tax (VAT) system, which is a tiered system that taxes goods at different rates. Sugary drinks were already taxed at the highest rate at 23 per cent, alongside foods that are typically considered unhealthy such as alcohol or sweets. Although the tax increased the price of sugar-sweetened beverages further, the public was already familiar with paying more for sugary drinks as non-essential goods.

Beverage companies reacted similarly to stakeholders in Denmark. However, due to the negative perception of the beverage industry, and the sympathetic frame of the childhood obesity crisis, industry opposition was not portrayed sympathetically in the media.

The childhood obesity crisis was the priority in media coverage, and those critiquing the policy did not have a strong narrative to support their arguments. Overall, the beverage tax maintained longevity due to the familiar and positively framed narrative supporting the policy.

In April 2021, British Columbia became the first Canadian province to introduce a tax on sugar-sweetened beverages, a move that the government described as a response to advice from health professionals. If B.C.’s sugary drinks tax is successful, it could inspire other provinces to follow suit. While the tax could have health benefits, the scientific basis for health taxes on foods appears to have minimal impact on whether these policies are implemented and stay in place.

In the media narratives surrounding the European cases, scientific evidence was unimportant. Instead, a successful narrative defending the tax rested on two factors. First was the familiarity of the tax due to existing policies. Second was the framing of the target population: the tax was seen to help children in Ireland, and hurt essential industries in Denmark.

Understanding the role of narratives can inform how these policy choices are designed and justified, and provide lessons for policy-makers in Canadian provinces.