Playing video games can ease loneliness during the coronavirus pandemic 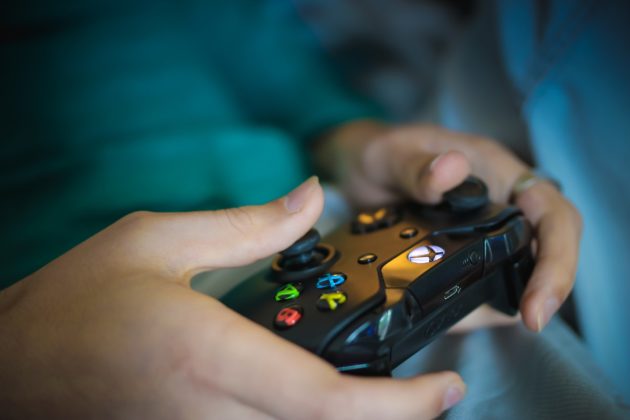 Image by Olya Adamovich from Pixabay

As communities across the globe are urged to stay indoors and practice physical distancing measures, feelings of isolation and loneliness are likely to become more prevalent. To combat the potential social and psychological impacts of physical distancing, many people are turning to video games.

Video games were once widely perceived as inherently anti-social. However, the World Health Organization, which has warned about the risks of too much gaming, recently launched #PlayApartTogether, partnering with major gaming studios to encourage people to stay home.

Even without the presence of a global pandemic, the video game market is staggering in size, far exceeding the film and music industries. People play video games for many reasons, including relaxation, escapism and (of course) fun, but they also provide spaces for people to get together and stay connected. This is especially important now, when people may be feeling increasingly isolated, lonely and anxious.

As instructors and researchers of video games and video game design, we contacted several game industry insiders and scholars to provide some insight into gaming during times of physical isolation.

Video games have a number of social and psychological benefits. People who play massively multiplayer online games, for example, report a stronger sense of social identity, higher levels of self-esteem and decreased feelings of loneliness. These games often encourage or require players to work together towards a goal, which can foster a sense of community and camaraderie.

Most online games have in-game chat, either by voice or through text, and so online spaces can be convenient avenues for communicating and staying in touch.

In addition to playing with people from around the world, video games provide spaces where friends and families can meet virtually. Games like Nintendo’s recently released Animal Crossing: New Horizons, allow players to meet, socialize and complete in-game tasks together on a virtual island. Many games allow players to create private servers, where only invited users are allowed to participate. This allows friends and family to pre-arrange a time to play and meet.

The popular PC video game platform, Steam, recently saw a record number of users logged into its service over the March 21-22 weekend. And while the most commonly played games on Steam remain highly competitive, fast-paced action games, there are many video game genres to suit virtually any play style.

To help players during this difficult time, some game developers are offering their games for free or at steep discounts. In mid-March, indie game developer Vlambeer announced that its game, Nuclear Throne could be purchased for 90 per cent off the regular price. When asked about the timing of the discount, Vlambeer co-founder and strategic director Rami Ismail said:

“… we decided it was time to make the game free, but Steam doesn’t have an option to do that easily. Games are an incredible distraction, and a great escape from reality, and in the current world that’s something that’s sorely needed. We didn’t want money to be an obstacle to people getting a form of relief, even if that’s as simple as our indie game.”

Leaf Corcoran, founder of indie video game website itch.io, posted to Twitter that many of the site’s games could be downloaded and played for free.

When asked what he’s noticed since the start of the pandemic and physical distancing, Corcoran said that user activity is “way up” and that people are participating in “stay-at-home” themed video game development jams. He summarized the community response by saying:

“Game developers are people, and people recognize it’s an important time to contribute in any way they can. Game developers are equipped to do that by sharing their work, which happens to be something people can do while staying at home and access through their computers.”

While video games may be useful for battling isolation, there are some potential risks. As communications scholars Kishonna Gray and Emma Vossen have noted, online spaces can be incredibly toxic, particularly for players from marginalized communities.

More time spent online therefore runs the risk of increased exposure to toxicity. While online harassment is a serious issue for adults, it is potentially worse for younger players. In an email exchange, Rachel Kowert, research director of Take This (a mental health and video games resource organization), notes that parents of young children in particular should “take advantage of the various parental controls relating to chat, by turning off the chat completely or by only letting them connect and chat with people they know in their offline lives.”

Another potential concern for parents may be increased in-game purchases, such as loot boxes, downloadable content or microtransactions.

Despite these concerns, and with the appropriate precautions, video games remain a fun, practical way to maintain social relationships and to combat feelings of boredom and isolation.

While much of the gaming community remains focused largely on players, Ismail from Vlambeer had some advice for game developers in this challenging time:

“… if you’re struggling with the feeling that it is useless to work on games in a world with all this hurt and sadness and fear, remember that this is exactly when our work can be most relevant.”