Keep on trucking: Trucks must keep moving across Canada-U.S. border amid coronavirus 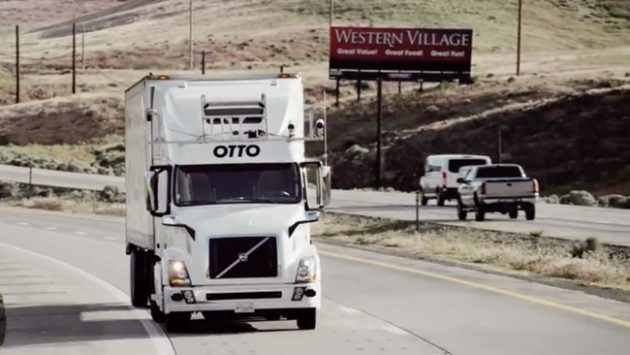 Canada and the United States have agreed to restrict non-essential trips across their common border, while leaving it open for the movement to freight in trucks. While the justification of banning crossings by “non-essential” people is open to question, the economic arguments for preserving the movement of trucks are clear.

On an average day, about 30,000 trucks roll across the Canada-U.S. border, carrying more than $1 billion in trade. If truck movements were banned, critical supplies of food and medicine would be interrupted and production at some of the largest manufacturing plants in both countries would cease, idling thousands of workers.

The economic damage from interrupting the flow of trucks would be both direct and indirect.

The direct damage would come when needed goods are cut off. For example, pharmaceuticals are a major export from Ontario to the U.S. and thousands of truckloads of agri-food products, from live animals to processed food, are shipped in both directions. The indirect damage would come when supply chains that straddle the border break down, making it impossible for factories and other economic activities to keep operating.

The automotive sector is a good example. Tariff-free trade in cars and parts dates to a Canada-U.S. agreement in the 1960s, long before NAFTA. This industry has more than 50 years of evolution based on cross-border supply chains.

Production of cars and SUVs depends on parts from hundreds of different factories being passed up through several “tiers” of suppliers and gradually combined into larger components before they ultimately arrive at the final assembly plant. Nearly all these factory-to-factory movements are made in trucks, many of which cross the Canada-U.S. border.

As the border constrictions in the wake of the 9/11 attacks demonstrated, when the trucks stop crossing the border, the automotive production system shuts down. A border shutdown during the COVID-19 crisis would be more complete and much longer than the slowdown that followed 9/11.

The movement of trucks and the movement of people are not independent issues. Beyond just the truck drivers, there are many people involved in maintenance, repair, training, marketing and other occupations who regularly move across the border in support of binational production systems. The inclusion of these people in the “essential” category will help ensure the smooth functioning of cross-border supply chains.

Since cars and SUVs are not staple commodities, why should we worry if their production pauses during the crisis? For one thing, a similar story of dependence on cross-border supply chains could be told for food processing, medical devices and other things we cannot do without. Plans for the automotive and other industries to re-purpose parts of their production assets to make desperately needed medical devices will also depend on cross-border supply chains.

More generally, it is important that economic activities which can be done safely carry on during the crisis. We are about to experience the deepest global economic contraction of our times — potentially much deeper than the crisis of 2008. How long it will last is still unclear, but it will be months or perhaps years rather than weeks.

At this early stage, public attention is rightly focused on protecting people from infection. This means all work environments and processes must be assessed to ensure that employees are not at risk. For example, the major automotive companies are currently shutting down plants for sanitation and to institute new safety measures.

As the regional effects of the pandemic subside, more attention will be given to speeding up the economic recovery. If the economic contraction during the crisis is any greater than what is required to protect the public, there will be more missed paycheques, more debt and more companies lost to bankruptcy. Keeping the trucks moving across the border now could pay off in a faster return to economic vitality in the aftermath of the crisis.

The COVID-19 crisis is a critical test of the resilience of cross-border supply chains. The outcome of this test will have big implications for the future of the Canadian economy, especially the manufacturing sector.

From our consultation at the Cross Border Institute with private-sector players who use the border intensively, we know that the threat of major delays and interruptions is one of the downsides of linking production facilities on opposite sides of the border. If the risk of interruptions becomes too great, a reasonable strategy is to consolidate the supply chain in one country.

The future of cross-border supply chains?

For some industries, such as food production, there is an argument for a shift to separate domestic supply chains.

But for industries where scale is important — automotive, aerospace, defence and industrial machinery — such consolidation systematically works against Canada. In those industries, supply chains will not be duplicated in each country, but rather concentrated in the country with the largest market — which is generally the United States. Demonstrating that cross-border logistics can function in a crisis would be beneficial for business investment in Canada.

The COVID-19 crisis is a time for bold action. But it’s also a time to resist taking actions that cause economic harm without protecting public health. The co-ordinated decision by the governments of Canada and the United States to keep the border open to trucking makes sense.

Related Stories
Canada, US look to make moving goods across border quicker
No way to tell if $1.1B border plan is helping Canada-U.S. cross-border trade
Bank of Canada cuts key rate to 1.25% amid coronavirus concerns [UPDATED]
Canada grapples with Trump’s ban on travel from Europe amid border questions
Manufacturing In Focus