In spite of the challenges, construction has progressed on a range of project elements 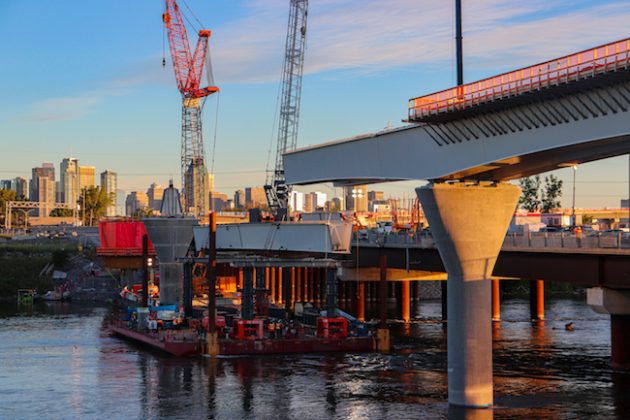 In spite of the challenges, construction has progressed on a range of project elements, including the Île-des-Sœurs Bridge. PHOTO: CDPQ Infra

The complete shut down of the nearly two dozen Réseau express métropolitain (REM) construction sites spread throughout Montreal this May, as well as two significant safety issues with the Mont-Royal Tunnel, will delay all components of the new light rail project by at least three months, and others by as much as a year and a half.

In an update Nov. 11, officials from CDPQ Infra detailed progress on the five main segments of the $6.3 billion transit system, noting the various issues will add up to a year to the light rail project’s overall timeline.

Despite the challenges, Macky Tall, president and CEO of CDPQ Infra praised the tireless efforts of work crews in “a year plagued by unexpected events.”