How the St. Lawrence Seaway will continue to become more important to Québec’s economy 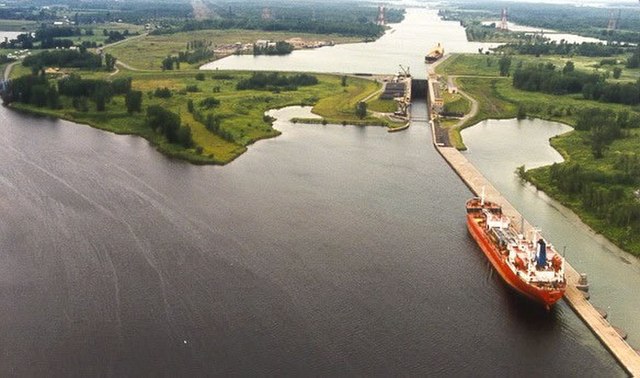 The St. Lawrence Seaway is made up of a broad network of interconnected infrastructures. Channels, canals, port facilities and fleets illustrate the connections between transportation equipment, industrial production and the artificial, human-made environment.

This valuable infrastructure represents significant capital investments that have already been amortized. The maintenance, modernization and adaptation of the sea-river network make it possible to meet the demands for capacity, fluidity and reliability imposed by the transport industry.

From their position as supply chain nodes, the St. Lawrence ports have become the catalysts that link trade, development and industrial innovations. The importance of the river in all aspects of the Québec economy is enormous, and it is expected to increase even more in the coming years.

I am a Professor Emeritus of Geography at the University of Montréal and an academic advisor to the Montréal Port Authority. I have been interested in maritime transport issues for 30 years.

The delivery of raw materials is essential. The St. Lawrence ports handle approximately 70 Mt of minerals, mainly for export. Between 25 and 32 Mt of hydrocarbons circulate through the river each year.

The grain trade accounts for about 18 Mt. Grain from the prairies is first transported by rail to Thunder Bay and then transferred to the ports of Montréal, Québec City, Sorel, Trois-Rivières, Baie-Comeau and Port-Cartier through the St. Lawrence Seaway for shipment to markets in Europe and Africa.

About 15 per cent of the export is generated by from Québec’s agriculture fields, including soybean and corn producers in the Montérégie region, who ship part of their harvest through the Port of Montréal. The St. Lawrence river-maritime system is heavily solicited to meet the supply and distribution demands of container goods.

Montréal is the only container port on the St. Lawrence. Its estimated turnover at 15 Mt is primarily composed of manufactured goods, forestry products, pulp and paper, cereals and agri-food, machinery and metal products.

Montréal’s weight in the handling of container traffic is increasingly expected to grow.

Québec’s economy is dependent on foreign trade. Its prosperity depends fundamentally on its ability to succeed in international markets.

The ports of the St. Lawrence therefore have a significant role in supporting the province’s economy and trade, both imports and exports. They continue to grow and are projected to do so at a steady pace in the coming years.

The economic importance of the St. Lawrence system is apparent on several levels.

Ships calling at St. Lawrence ports are getting bigger and bigger, requiring investments in the renovation and expansion of existing port infrastructure.

Moreover, the tonne-kilometres associated with maritime trade are growing faster than tonnages, indicating that the industry is moving into increasingly distant trans-ocean markets.

Indeed, the St. Lawrence port system is firmly anchored in east-west trade. The economic response of the St. Lawrence system to global processes has been to consolidate trade with the European market and to align itself with the economies of the Pacific Basin, particularly China.

Another aspect is the ongoing of north-south ties with African economies (especially natural resources) and the development of trade with Middle Eastern markets.

Intercontinental trade represents more than half of the St. Lawrence ports’ marine activity. The continental market accounts for approximatey 15 per cent. This commerce involves ports along the Atlantic coast and the Gulf Coast in the United States. The St. Lawrence ports also benefit from the economic markets of Central and South America.

The importance of regional trade

Regional trade, that is, trade between the ports of the St. Lawrence system and those of the Great Lakes, is also significant. It accounts for a third of the total traffic of the river’s ports.

The volume of traffic between Québec ports and Ontario markets is relatively balanced in terms of exports and imports. Iron and coal, however, are on a downward trend due to the decline of traditional industrial sectors. More than 60 per cent of this traffic is made up of exports from Québec to the Midwest of the United States. Trade with the Atlantic provinces, on the other hand, consists mainly of imports from the latter.

Also of note is a moderate growth in trade with the Canadian Arctic, which reflects an interest in developing mining sites in northern areas.

An analysis of marine transit within the St. Lawrence system shows substantial short-distance shipping. Domestic trade between Québec ports is driven by the transfer of minerals and fuels.

The need for investment

Considering the importance of the port sector for Québec, investment is necessary. Its future plans and needs include ongoing infrastructure maintenance, replacement of existing port assets, and new marine, land and intermodal development projects. According to the Association of Canadian Port Authorities, these are estimated at $6 billion by 2025.

Québec’s continuted economic growth and trade activities depend on adequate capacity at its ports. They are critical to securing Québec’s competitiveness in international trade and to seizing new market opportunities.