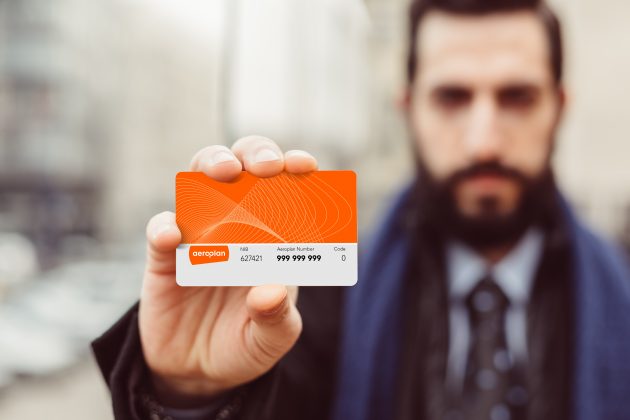 Retail giants like Amazon are blurring the boundaries of consumption. But thanks to platforms that link online consumption to local interests, the desire to buy local, a trend fuelled by the COVID-19 pandemic, is now giving rise to a new phenomenon known as “digital localism.”

While the pandemic has resulted in border closures and an increased desire to localize production and use supply chains that are close to home, large platforms like Amazon have been criticized for cashing in on the economic misfortune for small local businesses brought about by the crisis.

In Québec, this spawned the creation of new platforms to sell local goods, such as Le Panier Bleu, Ma Zone Québec, Boomerang, Inc. and J’achète au Lac, a site for purchasing local goods in the province’s Lac St-Jean region.

A local e-commerce platform for shopping malls also sprung up, as well as Eva, a rideshare co-operative platform that works with taxi companies and gives drivers more control over the business.

These new companies are bringing back meaning to consumption and production. And in these times of transition, aren’t we all looking for ways to add more meaning to our lives?

The era of the consumer-supplier

Whether you want to carpool using the Eva platform, trade goods with someone on Kijiji, participate in a crowdfunding effort on Ulule or do business on a site like Dvore, it’s the consumer-supplier concept that’s making this transition possible.

Consumption methods have become increasingly divorced from production since the beginning of the 20th century. Consumers have become strictly buyers. However, new concepts like collaborative consumption, the sharing economy and crowd-based capitalism are now mixing the modes of consumption and production.

The passive consumer is being replaced by an active consumer who takes on the role of supplier, volunteer or even partner.

For example, by using NousRire (a play on the French “nourir”, “to feed”), a Québec-based bulk-purchasing group for eco-responsible food sites, clients become both suppliers and volunteers. In other words, they are partners in the organization.

Similar changes are taking place in the world of large-scale distribution. Examples include IKEA’s “second life for furniture” service, and Marks & Spencer’s shwopping (a contraction of shopping and swapping), a service that allows shoppers to donate used clothing in boxes located in the British retailer’s stores.

The term “collaborative consumption” has been used to describe this new trend of consumers who, thanks to these different platforms and applications, are also serving as suppliers. The same concept applies to Facebook Marketplace, Kijiji, InstaCart and VarageSale.

Not just about saving money

While buyers and suppliers have both financial and utilitarian goals, suppliers in this model can also be motivated by factors that go beyond pure financial gain. Those motivations may include financial constraints (debt, liquidity problems), a desire to socialize with others, to contribute to society or simple altruism.

In addition to the aforementioned trading platforms, sites like Coursera offer individuals training and advice resources. For outsourcing tasks, people can turn to Amazon’s Mechanical Turk.

In health care, a transition towards digital care is underway that is making it possible to better distribute resources and allows people to offer advice and services through online forums, groups or patient communities.

The financial sector has also become more democratic. Crowd-funding platforms such as Ulule make it possible for individuals to donate or invest in projects carried out by other parties, while platforms like eToro make investing in financial markets more of a democratic process.

These platforms allow individuals to revitalize local economies by redirecting capital toward areas that are typically neglected by public or private investment.

In 2016, India even tried to set up a cashless society. The policy had an impact on practices specific to emerging countries, including cash on delivery, which was transformed into payment on delivery. It’s hard to say if this is good news or bad. On one hand, collaborative transactions, which are often informal, are getting easier to perform. On the other, they are totally traceable and taxable.

The collaborative economy is probably the most visible, well-documented and disruptive example of the ongoing marketplace transformation. Hotel owners complain about Airbnb and taxi businesses about Uber because, in principle, any individual can now supply lodging or transport for a fee. These debates in Québec have resulted in laws that are more accommodating to the new players. Those laws have, in turn, helped new platforms boost their activities.

This change has allowed authorities to transfer some of the responsibility for public services to the private sector. In public transportation, the availability of carpooling services could compensate for shortages in public transit. Citizens appreciate these practices because they satisfy their needs, maximize the use of dormant resources, provide better access to resources for the poor and reduce unemployment.

However, it is still unclear whether, by turning suppliers into “entrepreneurs,” these platforms are reinventing working conditions or damaging them given the many issues facing precarious workers.

An illusion of power?

It’s essential to understand the impact that the algorithms used by these platforms are having on governance, questions of inclusion and user rights. The exponential amount of data generated by the platforms has increased large companies’ ability to identify the needs of their users quickly, and evaluate their payment capabilities precisely.

These capacities could lead to discriminatory practices. In addition, platforms are notoriously opaque about their pricing practices: they often customize and adjust prices in real time for each user.

Finally, since the collaborative economy is monopolized by technological giants, it’s less likely that smaller platforms will emerge, let alone survive. In short, by becoming a supplier — either as an entrepreneur or self-employed worker or through a flexible work schedule — consumers may only be gaining an illusion of power when they’re still in the service of mega-platforms.

Will digital localism be able to make its place in this world? Will platforms born during the COVID-19 pandemic in a bid to support local economies have any chance of surviving in the longer term?

According to a case study of small and medium-sized car-sharing platforms in China, the only way smaller platforms can hope to survive is by addressing needs that are not being met by the giants: leveraging a particular customer segment, type of partner, value proposition or their cost structure and revenue stream.

Nonetheless, recent developments in digital technologies are clearly giving individuals more ways to contribute. This digital transition, already well underway, has accelerated during the COVID-19 pandemic and is unlikely to stop soon.