Hidden in plain sight: The infrastructures that support artificial intelligence

Artificial intelligence requires machines, processing power and energy consumption, among other things. Often, we’re unaware of the presence of this infrastructure around us 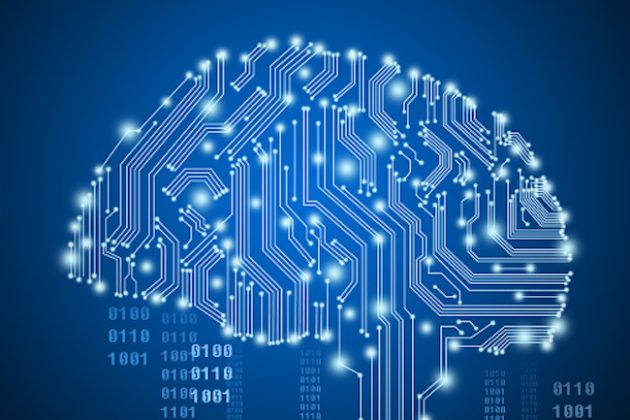 During a walking tour of Queensland’s Daintree rainforest in Australia, a talented guide regularly pointed out creatures that were well camouflaged into their surroundings. At one point, he directed our attention to a tree trunk, where a large grasshopper was camouflaged. The guide’s observations and stories wove together the connections between biology, geology and colonialism, helping explain how big and small changes could transform life in this ecosystem.

Our society has been altered by the rapid proliferation of new technologies and devices that produce digital data. Nested within and feeding on this data ecosystem, artificial intelligence (AI) executes cognitive tasks with more potency and speed than human beings. The large-scale transformative power of AI remains camouflaged in plain sight.

Through the lens of the responsible innovation in health research program at the Université de Montréal, we critically examine what lies beyond our immediate experiences of AI.

Artificial intelligence in our lives

Much like driving a car, we do not need to understand how AI works in order to use its applications. And similar to ways in which the fossil fuel industry shaped the role of cars in our society, AI is delivered through powerful commercial interests and large digital and physical infrastructures. To better understand their impacts, there is an urgent need to critically appraise how AI delivers its much-touted promises.

At the onset of the Industrial Revolution, people in Montréal had no clue about the kinds of infrastructures that were going to be developed to extract, exploit, distribute and use fossil fuels. Montréal was ideally located to transport goods, including oil, and refineries were later concentrated along the Saint Lawrence River. Beyond negative impacts on residents’ health, the decisions made at the turn of the 20th century to exploit fossil fuels have had long lasting self-reinforcing effects.

And now, in the 21st century, we are seeing the changes AI brings and we need to consider the wide-ranging ramifications.

The jewel in the crown of the intangibles economy, AI needs expansive e-infrastructures that have tangible impacts and costs. Estimates suggest “that the carbon footprint of training a single AI is as much as 284 tonnes of carbon dioxide equivalent” — five times the lifetime emissions of an average car.

If we choose to exploit the “oil of the 21st century,” we will have to build large powerful computational centres and sizable server farms. AI requires networking and cloud infrastructures to capture, analyze, share and archive vast amounts of data.

When deep learning techniques are involved, training is a key step that consists of feeding the algorithm with large and mostly unstructured datasets. The training of a single AI-based application may be split over dozens of chips and may require months to complete.

Although it only takes a low energy tap on a smartphone to use an application, its development is energy intensive and non-renewable energy sources have a much larger environmental impact.

Thankfully, data scientists are starting to calculate the energy required to develop AI tools before they are made available for use. For instance, a process involved in automating the design of a neural network through trial and error — called the Neural Architecture Search (NAS) — is highly energy intensive. Without NAS, training the AI tool Transformer takes 84 hours, but with NAS it takes more than 270,000 hours, thereby “requiring 3,000 times the amount of energy.”

Reducing the carbon footprint of AI requires a “concerted effort by industry and academia to promote research of more computationally efficient algorithms” and the use of more sustainable hardware and model development strategies.

Because data generated through digital interactions are worth their weight in gold, commercial agreements are likely to keep the future of AI into the hands of those with corporate interests. Exploiting data to increase corporate profits are the core business of tech giants like Amazon and Google.

This is one of the reasons why it is important for public policy-makers to create alternative entrepreneurial pathways where data scientists and programmers who aim to design much more meaningful AI can thrive.

Could AI empower those who tackle today’s major societal challenges and seek solutions for the common good? For instance, what would an eco-friendly AI tool to help us meet the United Nations Sustainable Development Goals look like? What alternative business and data governance models should be promoted for benefits to be shared equitably?

Seeing the forest and the trees could turn a more responsible vision for the 21st century into a tangible reality.